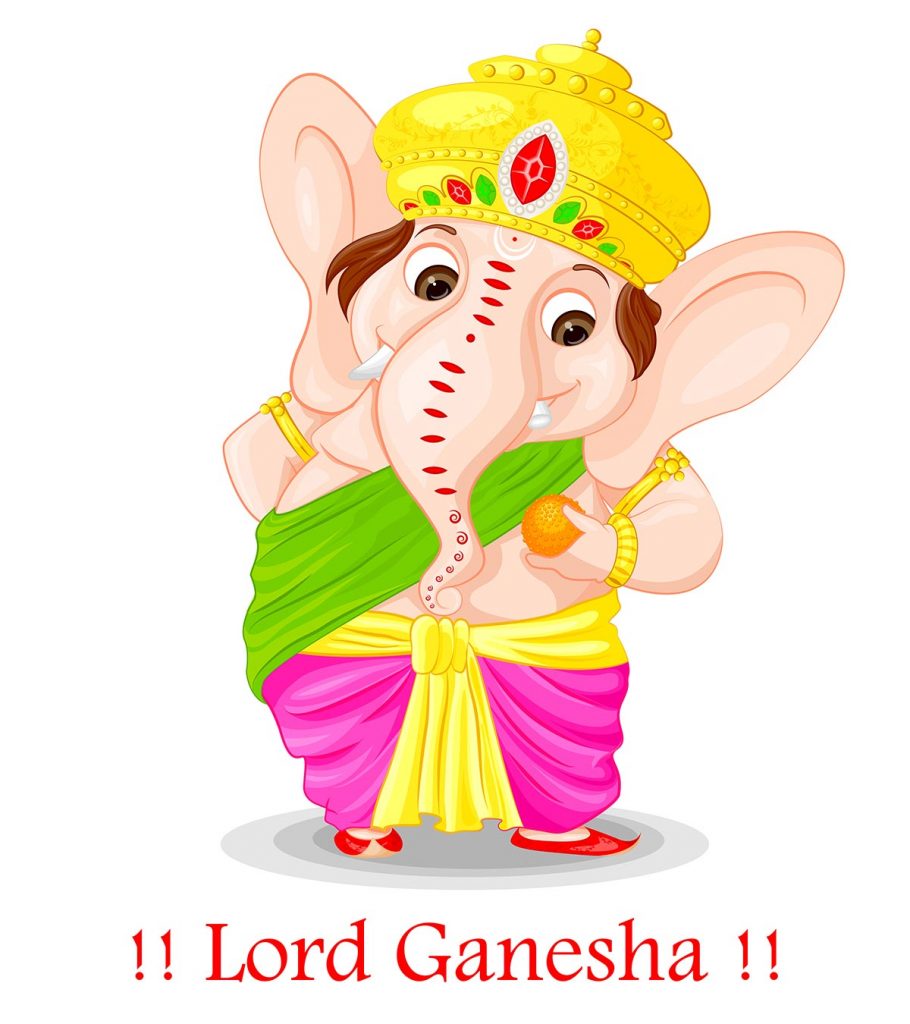 Hindu mythology, like most world mythology, has a lot of gods and goddesses in the shape of animals. Lord Ganesha is a Hindu god who is a favorite of all kids as they love him for his unique elephant head.

Ganesha sports a trunk, a pot belly and four arms. His divine vehicle is, surprisingly, a mouse! If your kid loves hearing about animal gods, tell him the Lord Ganesha story.

Who Is Lord Ganesha?

Ganesha is the first son of Lord Shiva and Goddess Parvati. He is considered as the “First God” in Hindu mythology.

Following are some of the interesting stories of Lord Ganesha for kids. We hope you have a good time with your kids when you tell them these stories.

This Lord Ganapathi story is a favorite one among kids. Once upon a time, Sage Agastya sought the blessings of Lord Brahma and Shiva.

Every action happens for a good cause. So do not be worried even if something bad happens in your life, eventually there will be a good ending.

Kubera, God of Wealth, was quite proud of the fact that he was the richest God. One day, he held a lavish dinner and invited many popular guests, among them were Lord Shiva and Parvati.

Do not be proud of what you possess. Instead, concentrate on how you can make use of your possession for good things.

This Bal Ganesha story for kids would teach them that they have to take care of animals in a gentle way.

Animals have every right to live in this world, just as humans do. So do not cause any injury or ill treat any animal.

One day Ganesha and his younger brother Karthikeya were playing. They received a special fruit from the gods. Being kids, they were not ready to share the fruit.

This story of Ganesha has two morals.

When Lord Ganesha was born, Lord Shiva made a rule that Lord Ganesha must be worshiped first to ensure success in any endeavor.

You must follow certain rules, even if you feel you are exempt from doing so.

One day, Lord Vishnu’s Valampuri Shankh (conch) was missing, which annoyed him greatly.

There is no moral in particular, but your kids can know the different names of Lord Ganesh.

There are many more Lord Ganesha stories in English for kids and has taught many important lessons to kids across the world. This small story collection of lord Ganesha is a simple effort from our side to help your kids enjoy and know about the mythological character.

We hope these stories of Lord Ganesh prove useful and fun to both you and your kid. Don’t forget to share your experiences with other readers in the comment box below.