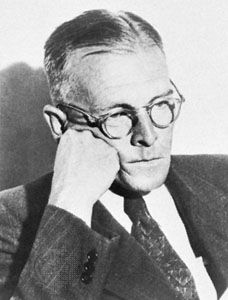 Literature is a broad term that—among Britannica’s quizzes, at least—can include everything from American novels to antonyms and synonyms. This quiz consists of 49 questions from Britannica’s most popular quizzes. Only the most determined quizmaster will be able to reach its denouement.

Paton studied at the University of Natal (later incorporated into the University of KwaZulu-Natal) and then taught school from 1925 to 1935. In 1935 Paton left his teaching position to direct Diepkloof Reformatory for delinquent urban African boys, near Johannesburg. The success of Cry, the Beloved Country, which he wrote during his tenure at the reformatory, led him to resign his post for full-time writing. The book vividly portrays the anguish suffered by an elderly black minister who must come to terms with his faith when his son is convicted of murdering a white man. Paton wrote the screenplay for the 1951 film adaptation.

Both Cry, the Beloved Country and Paton’s next novel, Too Late the Phalarope (1953), exhibit a characteristic balanced, economical, rhythmic prose, which has, especially in dialogue, a singing psalmodic tone. The Diepkloof period provided additional material for some short stories. During that period of his life, Paton became involved in South African politics. In 1953 he helped found the Liberal Party of South Africa to offer a nonracial alternative to apartheid; Paton was its national president until its enforced dissolution in 1968. His active opposition to the policy of apartheid led to confiscation of his passport from 1960 to 1970.

Paton wrote a notable biography, Hofmeyr (1964), a massive study of the parliamentarian and cabinet minister Jan Hofmeyr. Towards the Mountain (1980) is an autobiography of Paton’s first 45 years. In Ah, But Your Land Is Beautiful (1981), Paton returned to a fictional account of events in South Africa. The second volume of his autobiography, Journey Continued, was published in 1988 shortly after his death. The Lost City of the Kalahari (2005) was a brief, previously unpublished chronicle of his participation in an unsuccessful 1956 expedition to find an apocryphal ruin in the desert; it was expanded with images and maps. The Hero of Currie Road (2008) collected his short fiction. The Alan Paton Centre & Struggle Archives at the University of KwaZulu-Natal houses his papers as well as a major collection of apartheid-related manuscripts.