An incredibly rare amulet to find in the present day, this Pra Somdej Thaan Koo Pim Hoo Jud comes from a Block Niyom preferred block press mold, and belongs to one of the most Historic and Preferred editions to have ever been released by the temple of Wat Bang Khun Prohm, namely the world famous 2509 BE classic series of immortal fame.

The Somdej Thaan Koo Pim Hoo Jud is one of a Major Pantheon of 12 different Pim Song models in this series, including a miniature ‘Pim Kanaen’ Pra Somdej. The series also included a Pim Jantr Loi circular votive tablet, a Sayasana reclining Buddha, a Pra Pong Pim Somdej Dto, and a Pra Pong Pim Pra Sivali, as well as some Bucha statues.

This exhibit comes with official digital chipped rfid tag card authenticity certificate of the Siam Amulet Association as an authentic Pra Somdej Wat Bang Khun Prohm Pim Hoo Mee Jud Thaan Koo. The amulet was submitted by VIP member of the association and proprietor of ancient amulet store, Mr Ajarn Spencer Littlewood, on his own time and expenses, for the pride and confidence of you who will become the owner of this rare classic.

This exhibit is exquisitely finely detailed, with visible chunks of old Muan Sarn from broken pieces of the original Pra Somdej Wat Bang Khun Prohm amulets of Somdej Pra Puttajarn Dto Prohmrangsri, which were taken from the Chedi Stupa to mix with the sacred clay of the 2509 BE Edition. 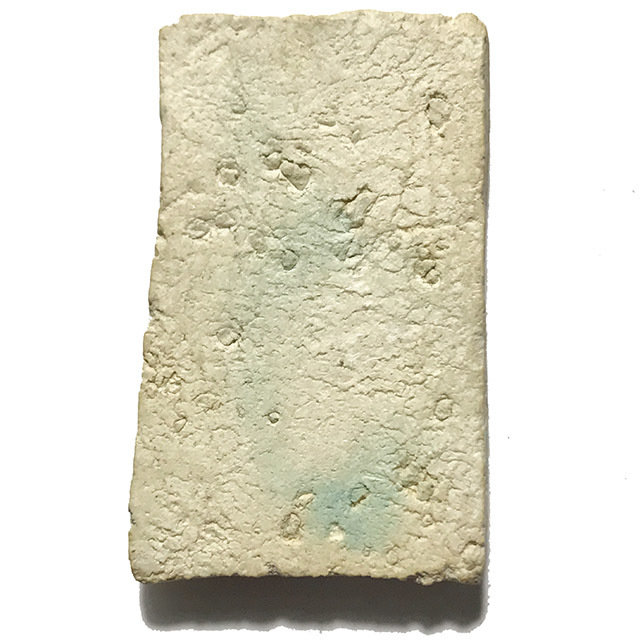 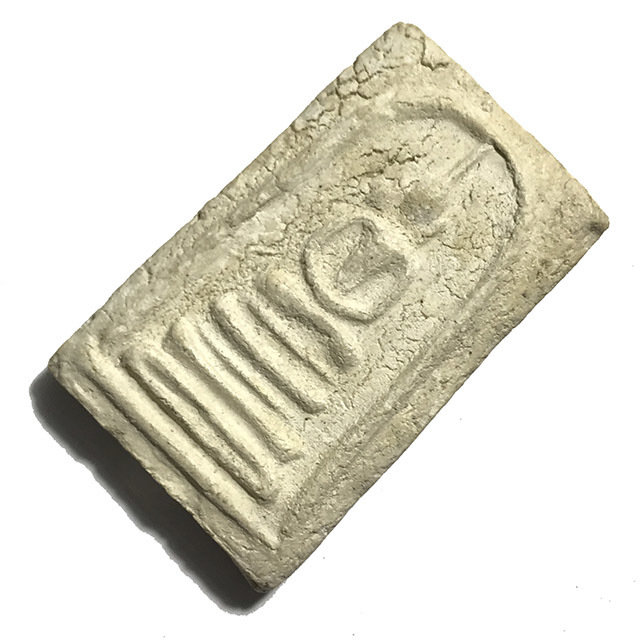 Each Pim of the 12 Major models had various block press molds with each mold possessing slightly different designs. This means that despite only nine Major Pim being made, each Pim has multiple block press molds, and hence the pantheon extends down to the various sub-designs of each of the many block presses. Some block presses are much more highly preferred by collectors to others. 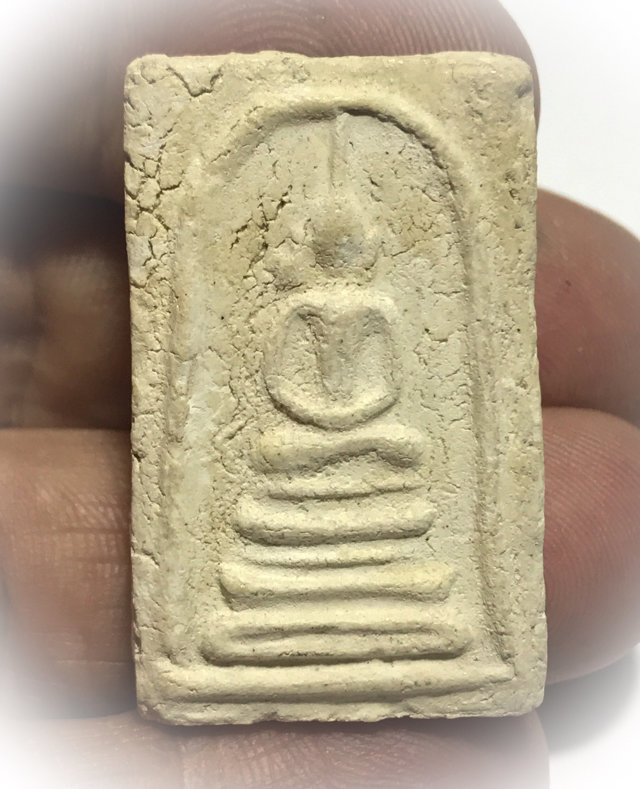 Four different artisans were commissioned for the design and creation of the various block press molds;

2. Kun Manit Bpathapi – this artisan made block press molds according to classic models which were removed from the Kru Chamber in the Chedi Stupa, from original Pra Somdej Wat Bang Khun Prohm of Somdej Pra Puttajarn (Dto) Prohmrangsri (Wat Rakang Kositaram), and also made some special design block press molds 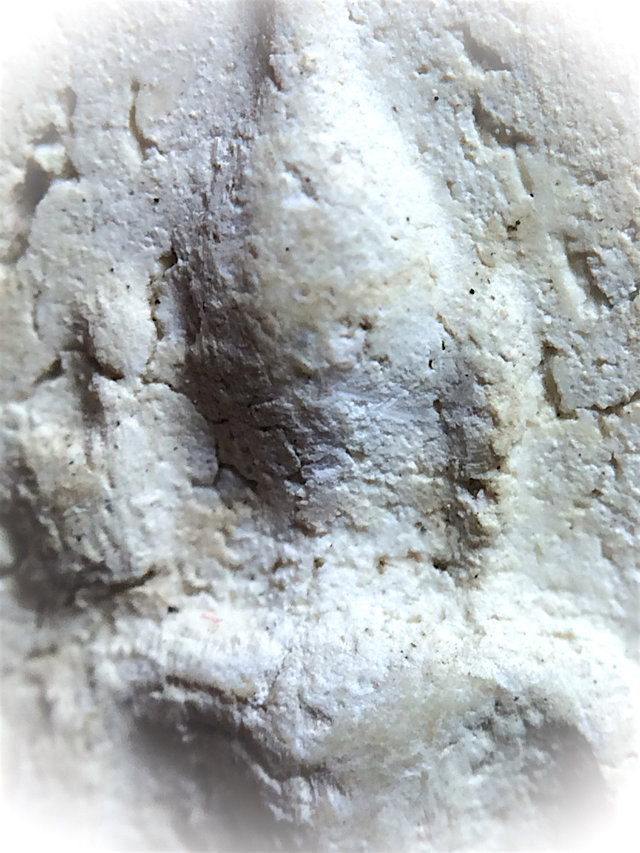 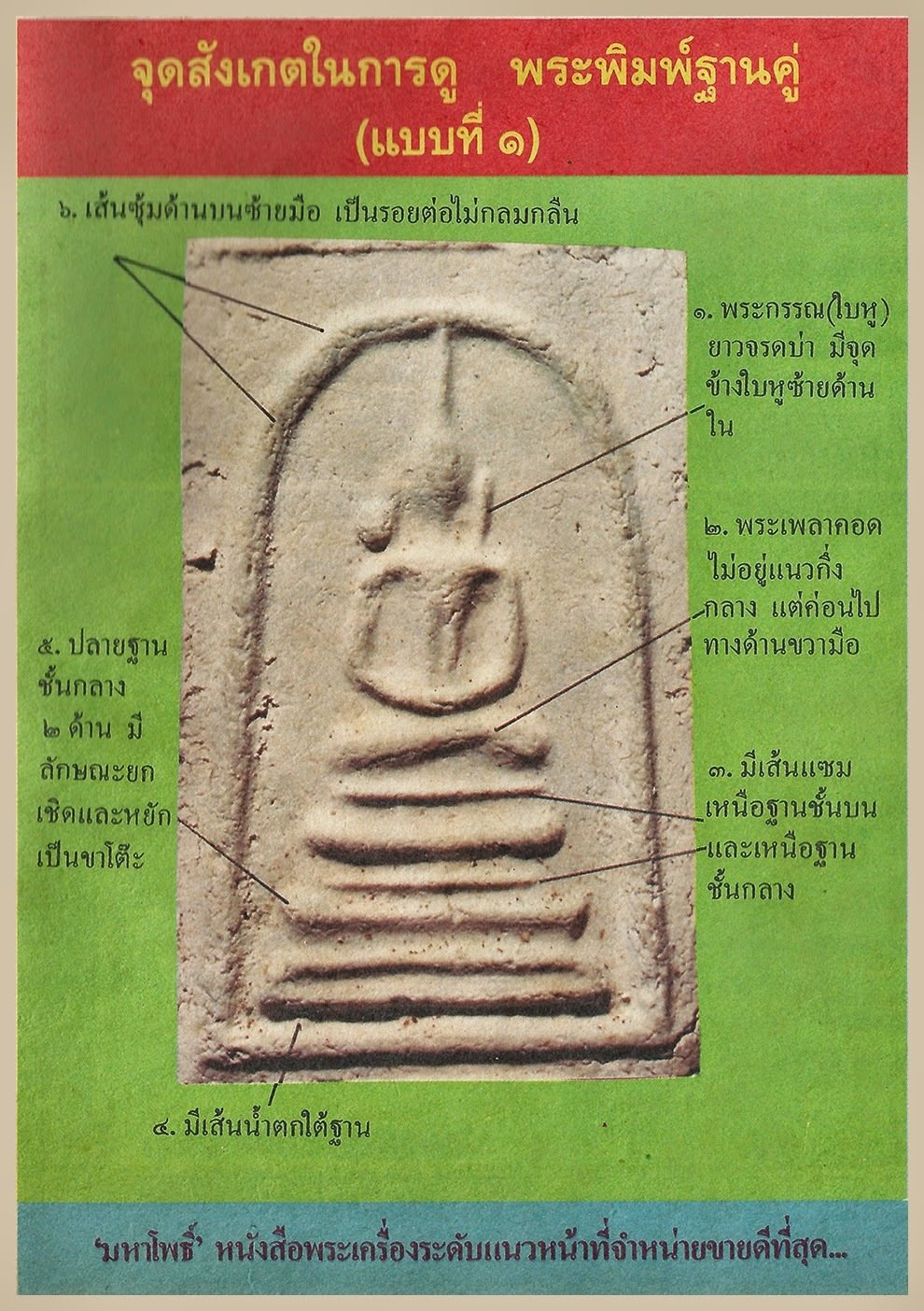 3. Chang Kasem Mongkol Jaroen – this artisan stepped in during the latter part of the creation, to help finish the remaining block press molds on time for the ceremony. This artisan was a highly skilled artisan, and the amulets made from the block press molds of his making are considered exquisite, and highly sought after

4. The Block Gammagarn mold makers; This means the people who possessed original Wat Bang Khun Prohm Pra Somdej amulets of Somdej Pra Puttajarn (Dto) in their possession, and used them to create new block presses. The amulets of these block presses resemble the ancient Pra Somdej Kru Wat Bang Khun Prohm originals most of all, with the only real visible difference being that they are slightly smaller in size. 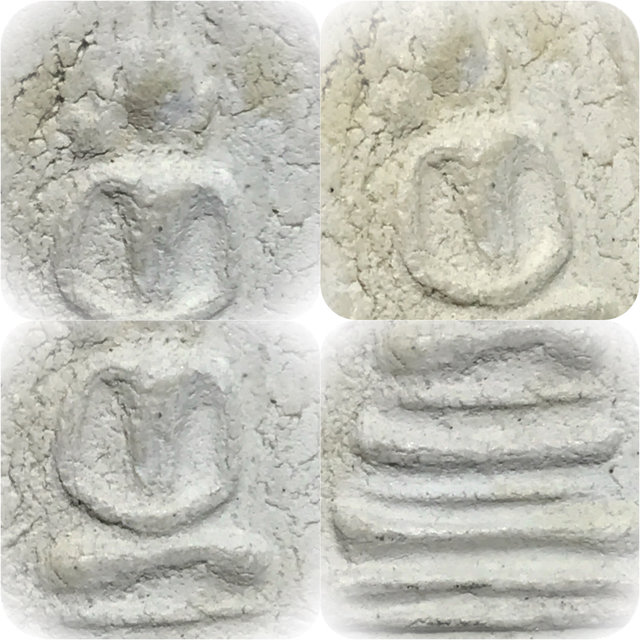 Police Commisioner Prapas Jarusathiarn, the vice minister of the Thai Parliament, in collaboration with Lady Sawai Jarusathiarn sponsored the building of all the installations built between 2501 and 2509 BE, and commissioned the amulets to be made for release in celebration of the success of these projects. 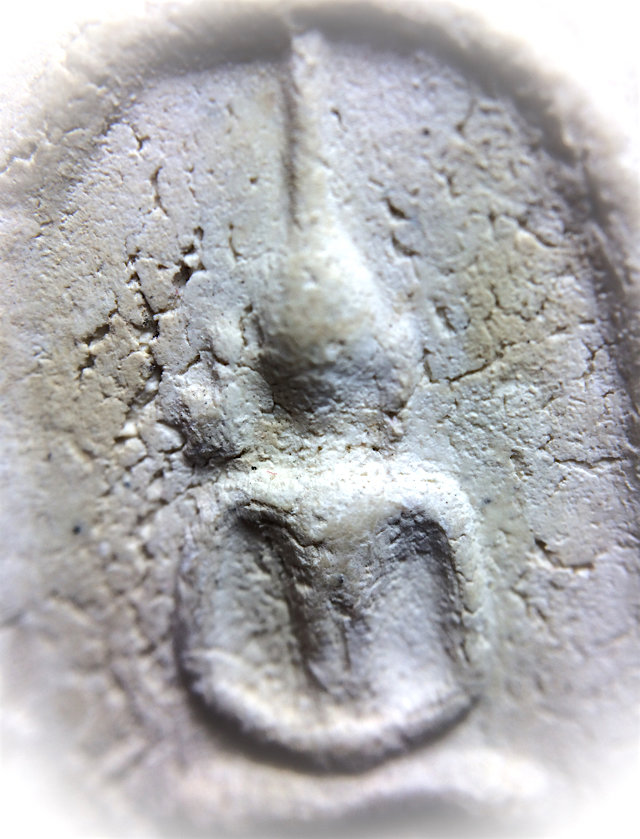 On the 4th of January 2509 BE Comissioner Prapas Jarusathiarn lit Incense and Candles in the Shrined to Bucha the Triple Gem, and Police Captain Krit Siwara read out the list of sponsors of the edition comittee. He then addressed the Sangha (Monks), to begin chanting the Buddha Abhiseka. The Victory candle to inaugurate the Buddha Abhiseka Ceremony was lit, and the ceremony began. 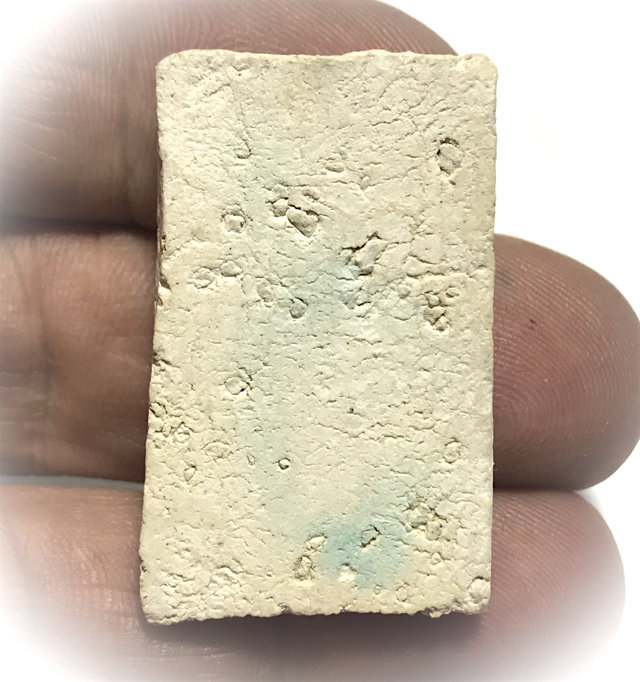 Four of the Monks took their positions for ‘Nang Prok’ meditative empowerment on their respective daises, and held the Sinjana cords which led to the amulets, coming down from the ceiling of the Uposatha Shrineroom, and began to empower the amulets. 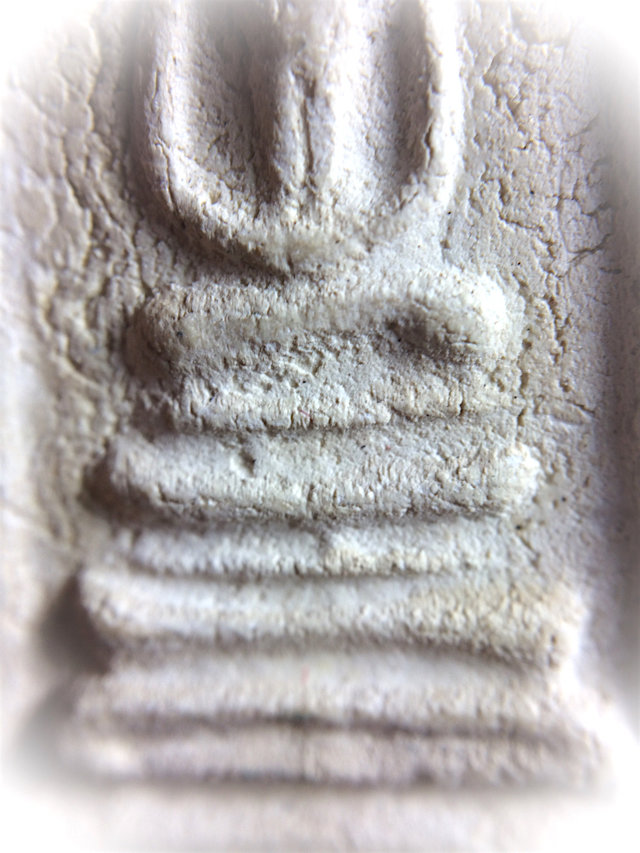 On Wednesday 4th January 2509 BE at 15:55 pm, Police Commisioner Prapas Jarusathiarn began to hand out the amulets to devotees who came to make merits and pay reverence at the temple, and also stored a large number of amulets in a batch within the Kru hiding place of the Chedi Stupa for posterity. 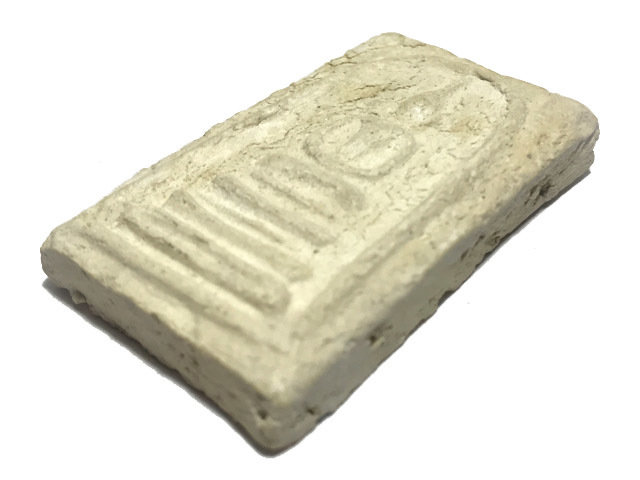 On Thursday the 6th, Friday the 7th, and Saturday the 8th of January 2509 BE, theLook Nimit Arahant Balls were retrieved from beneath the Uposatha, and a gold pasting ceremony was performed as is Traditional in Thai Buddhism, and the amulets were distributed once more during this ceremony, to devotees who came to make merits. 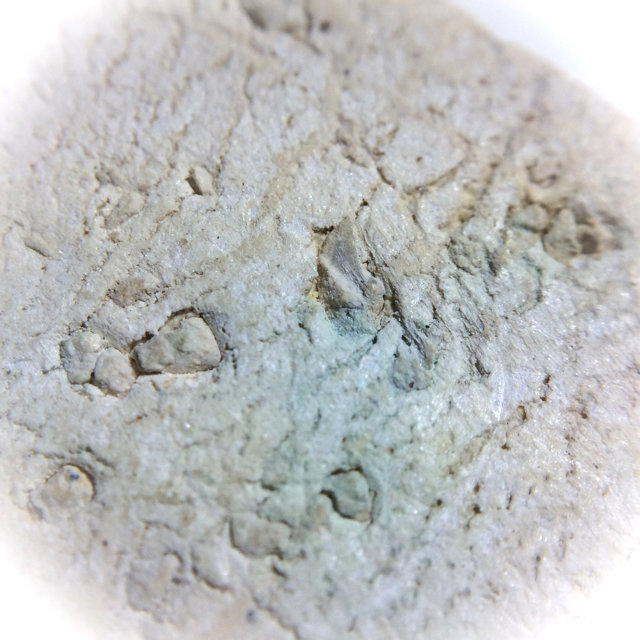 On Sunday the 9th January 2509 BE, the Sila Reuks main cornerstone of the Uposatha Shrineroom was laid by His Majesty the King Bhumipol Adulyadej, and initiated the Pitī Te Tong Gold Pouring Ceremony to add Gold to the Casting Mold of the Buddha-Rupa statue for the Uposatha, which was cast in Sukhothai Era in the Mara Wichai conquering Mara posture, with a 16 Inch wide base. 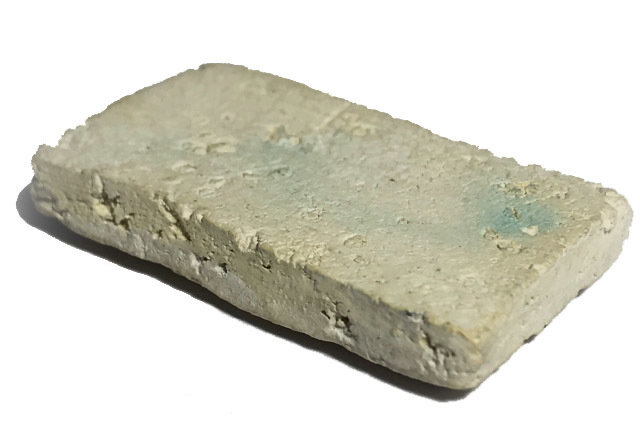 In addition a statue of Somdej Pra Puttajarn (Dto) Prohmrangsri of Wat Rakang Kositaram was also cast with a 29 Inch wide base for installation in the shrine at Wat Bang Khun Prohm, with a further 109 smaller 5 inch wide base statues made for distribution to the public.

On Monday the 10th of January 2509 BE at 19:30 pm, 84 Ordained Members of the Sangha performed the chanting of Jaroen Pra Putta Mont within the Uposatha. At 21:01 Somdej Pra Wanarat of Wat Chetupon performed the Pitī Phuug Putta Sima Ceremony to officially inaugurate the Panta Sima Dais for the placement of the 29 inch wide statue of Somdej Pra Puttajarn (Dto) Prohmrangsri. 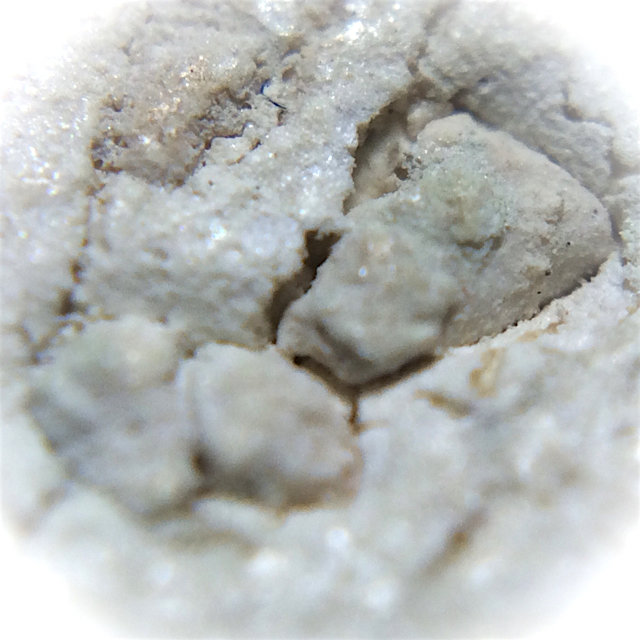 The statue was placed on the Putta Sima under and arched edifice next to the large Chedi Stupa of Wat Bang Khun Prohm (the one where the famous Kru Bang Khun Prohm hiding place amulets of Soomdej Dto were found). A carved stone table with the insignia of His Majesty the King was placed into the shrine to mark the occasion of His Majesty’s presence.

The Pra Somdej Wat Bang Khun Prohm 2509 BE series amulets hence were made over a period of many years before they were all completed, beginning in 2501 BE and completing the series in 2508 BE, when the final batches of the total 84,000 amulets of the edition were mixed into clay and pressed with the block presses. 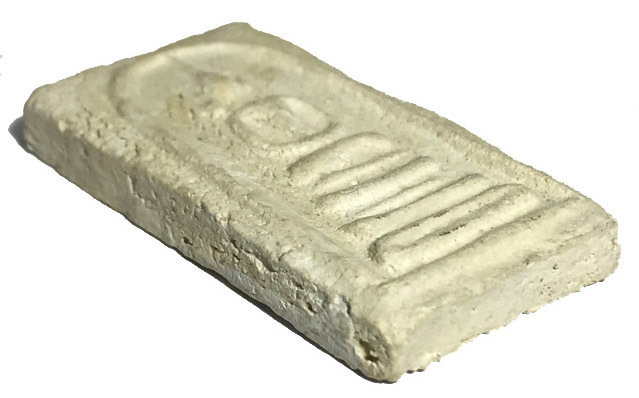 The amulets were pressed inside the Uposatha Shrineroom which had been built and completed, with Luang Por Chom being the monk who pressed the first amulets in the Pathoma Reuks initiation ritual. Then the Gammagarn Sponsor Committee members, and many devotees who came to assist in the pressing, all took turns in helping to press the amulets, until they were all done. 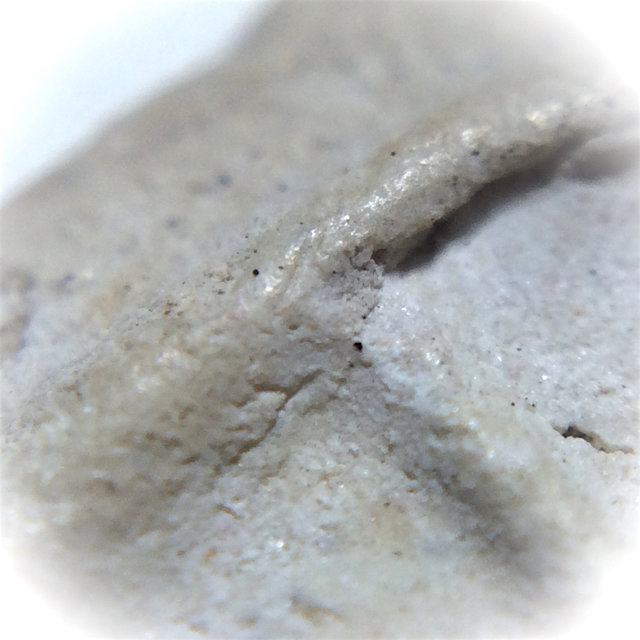 There were two kinds of amulet presses made during this ceremony

These amulets were distributed to the Public for Bucha at 10 Baht each, except for the Sayasana reclining Buddha model, which was ‘rented’ for Bucha at 25 Baht each. Some sets of 11 Pim Song Models were also distributed to devotees who wished to donate more funds (all models except the Sayasana), at 100 Baht a set. These amulets had the rubber ink stamp with the Chedi of Wat Bang Khun Prohm stamped on the rear face, with 84,000 amulets pressed in this type. However, after removing any broken or defective amulets from the batch, only 72,518 amulets were actually intact and distributed. 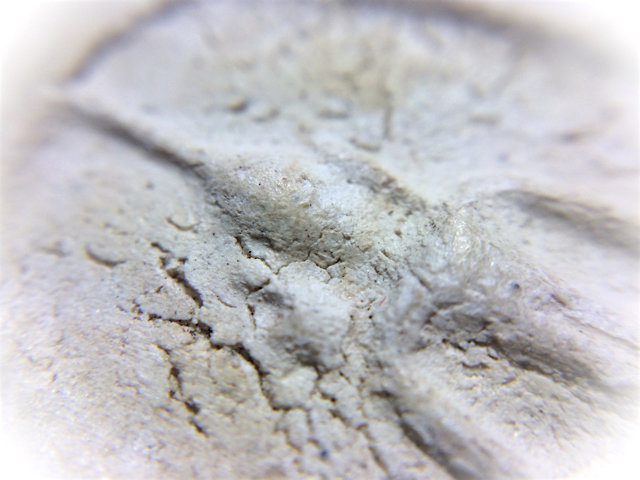 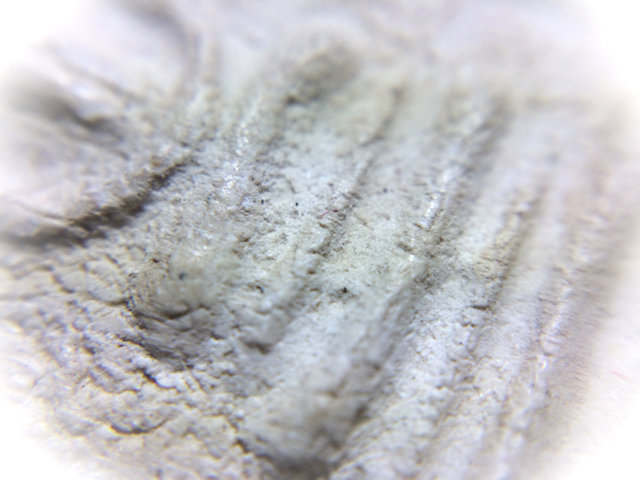 There were numerous Block Mae Pim block presses for the amulets, with some block presses to spare in case any of them broke during the pressing. Some were made from plaster of paris, others made from cement, and others from dential cement. As the amulets were being pressed over a period of time, the block presses would break, and a new one would be taken and used in its stead, one after the other. 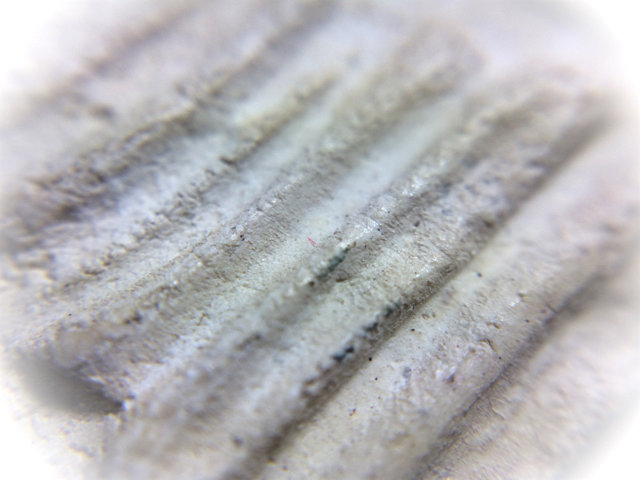 This is why one cannot look at an example of a Pim in a magazine, and compare it with another of the same Edition and Model, because even if the amulets are both the same Pim (e.g. a Pim Sen Daay), they will still have differences in features if they were pressed by two different block presses. 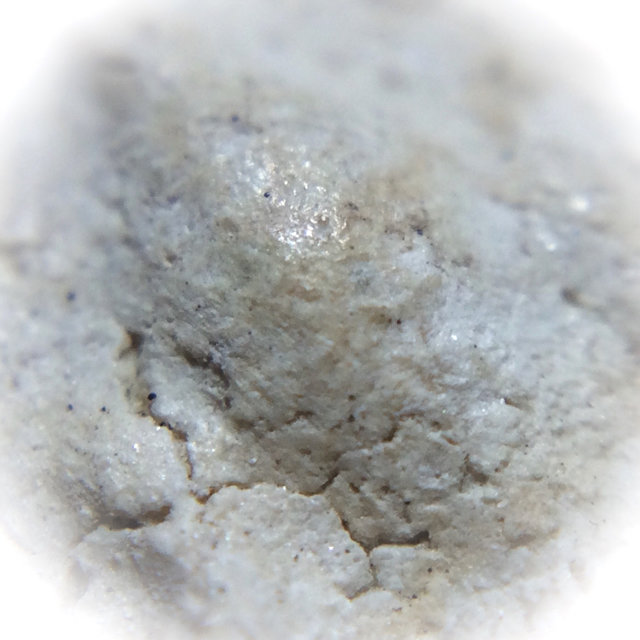 To compare, one has to find an amulet for comparison which came from exactly the same block press, of which there were many. this is where one’s studies of the historic facts, and ability to recognise which Block press Mold an amulet comes from, is essential study for students and aficionados of the Wat Bang Khun Prohm 09 series (and any series for that matter).

To give an idea as to how many different block presses there were, we can take a look at the fact that merely the Pim Yai (Pim Pra Pratan) model, had a total of 27 Block Presses made and used to finish pressing the whole series. The Pim Gaes Talu Sum model, was orginally pressed as a Pim Yai Block Press, but the Block Press broke where the tip of the Buddha’s topknot touched the arch. 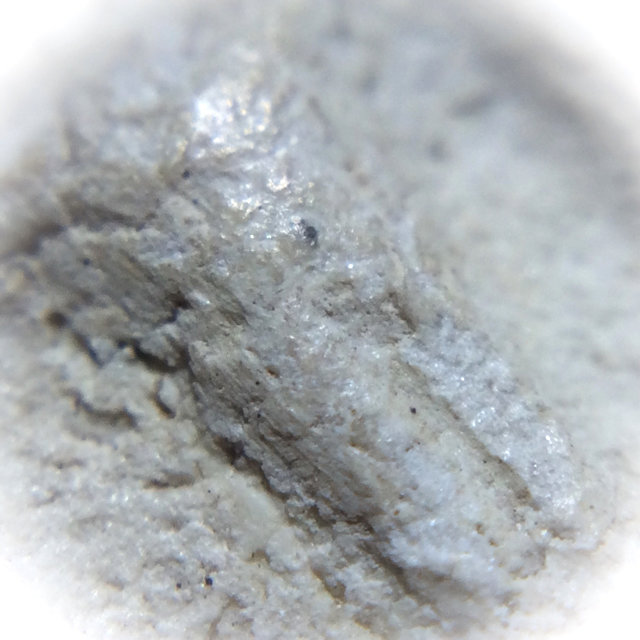 The artisans reworked the block press and it became a design with the tip of the topknot piercing the arch, to cover up the broken part of the Block Press. And this brought the Pim Gaes Talu Sum model to be added into the series.

The 12 Pim Song Models of the Wat Bang Khun Prohm 2509 BE Series edition are as follows;

In addition to the Pra Somdej models, there were the Pra Pong Pim Pra Sivali and Pim Roop Muean Somdej Pra Puttajarn (Dto) Prohmrangsri also released in this edition. 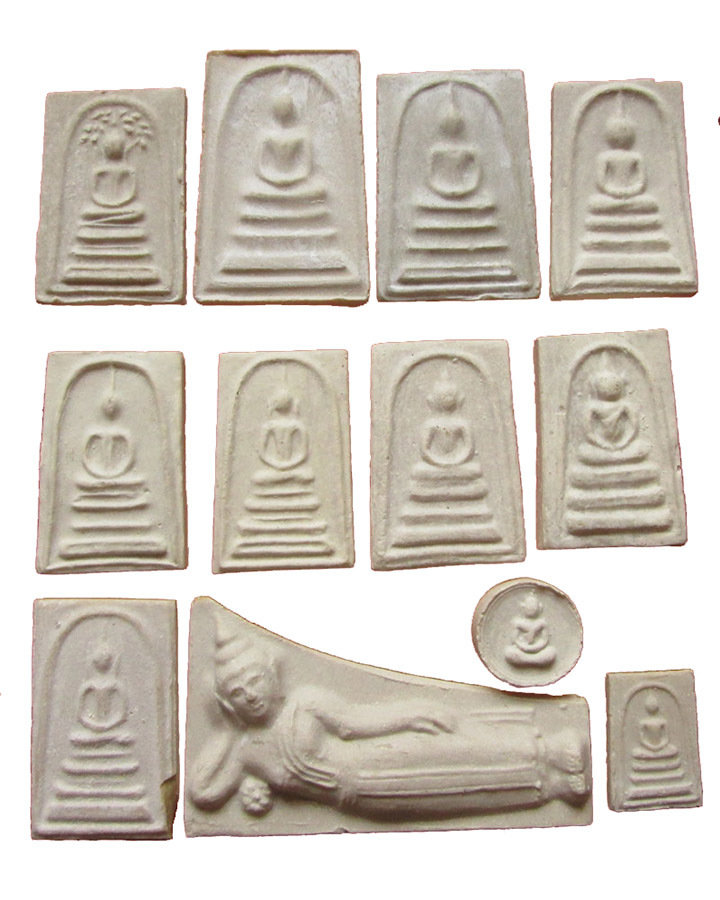 All the amulets which were not distributed to the public at the time were placed in the large Chedi Stupa Kru Chamber at Wat Mai Amataros (Wat Bang Khun Prohm). For the series, a water tank sized chamber was constructed within the Chedi for the storage of the amulets, with ten ventilation holes in it, with sand in the base to absorb any water which may enter from flooding. 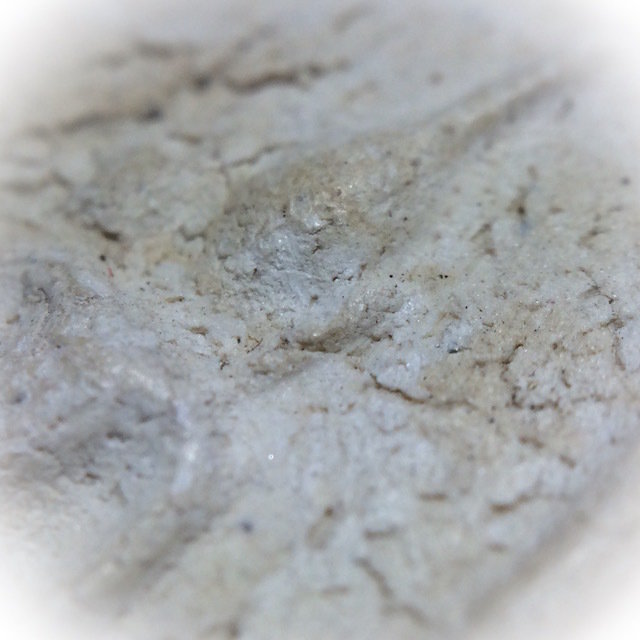 The amulets were then filled into the chamber, with six silver foils in layers between each pile of amulets, with the words ‘Banju Pi 09’ on them, so people who may discover them in the far future will know which year they were buried in, and from which edition they came from. It is because of how the amulets were well stored and protected against the weather and elements, that the Pra Somdej Kru Wat Bang Khun Prohm 09 edition is more attractive that the 2500 BE Kru Chamber opening edition. 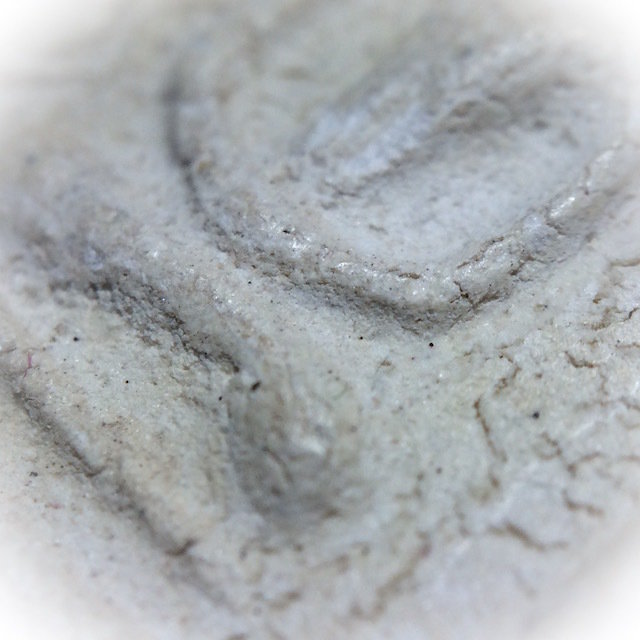 The earlier editions removed from the Chedi always suffered floods and climatic changes, and all have much more Kraap Kru growth on the surface of the amulets. Whereas the 2509 BE Pra Somdej Wat Bang Khun Prohm series amulets are pristinely preserved and kept, without any damage from floods or other weather related disasters or climate influenced events. 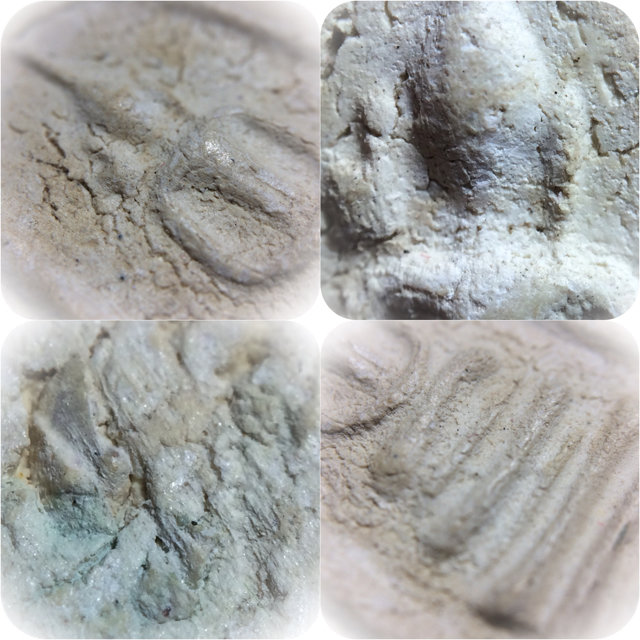 Then Make a Wish/Prayer, and continue with; 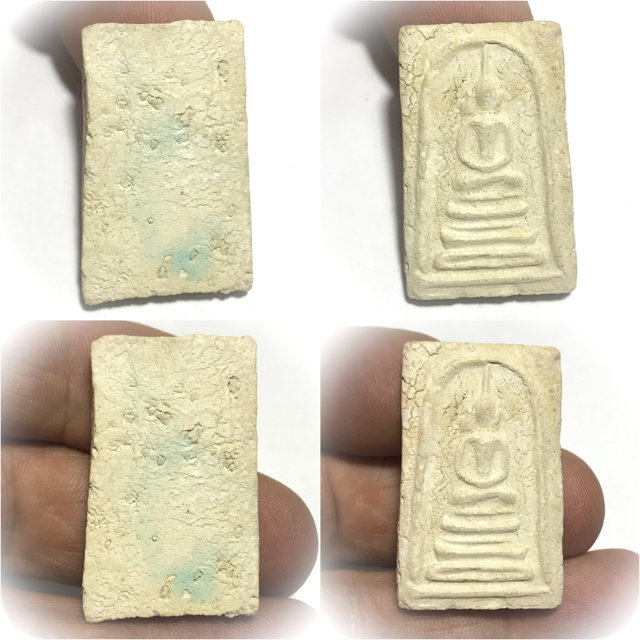