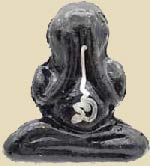 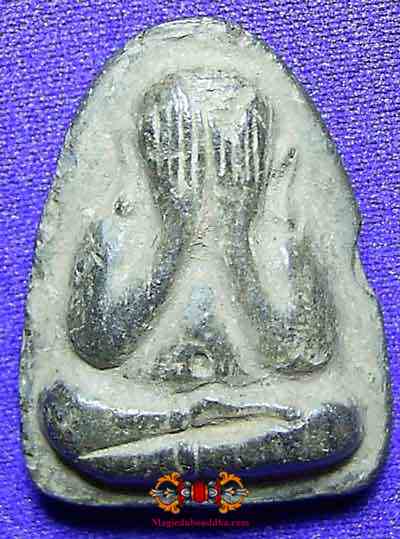 The Phra Pidta amulet is an image of a Buddha closing its eyes
(Phra = Buddha Pid = Close Ta = eye).

It is mainly an amulet believed to “hide its wearer from danger”,
buts its powers can vary a lot depending on the material that compose it
and also on its shapeand specific blessing / magic.

Since the magic of the Phra Pidta is designed to “hide” its wearer, it is not advisable
that anyone who need to be seen wear one. For example a seller,
or someone who go for a job interview,
or an actor really should avoid to wear a Phra Pidta when going to work.

The Phra Pidta amulet is one of the most famous and popular amulets in Thailand
and is also very popular in Malaysia, but it became avalaible
only around 1850and there are no “antique” Phra Pidta to be found. 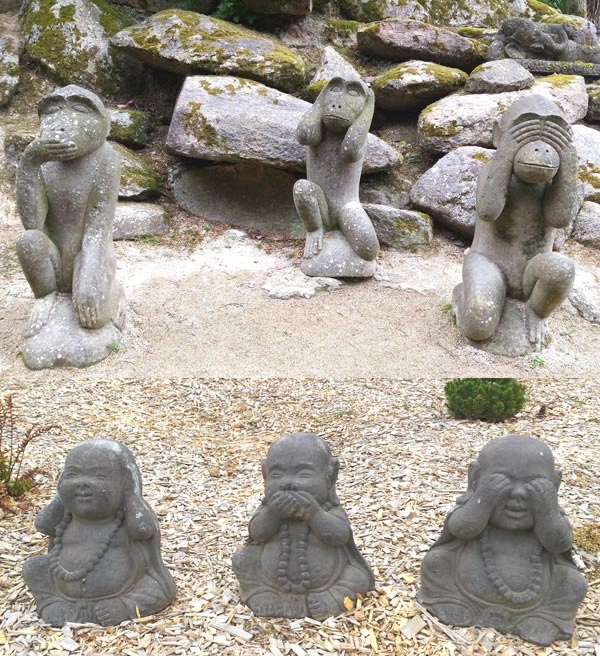 Maybe the idea behind this “Buddha hiding its eyes” come originaly from the “3 wise monkey”.

One of my customers told me that :

“Yes, Phra Pidta really hide one from danger, each time i wear it,
the people i dont want to see seem not to notice me (like if i was invisible),
or if i go to some place
where they usualy are…they are not there this day !
It is a very useful and gentle magic.

Here are a few examples of the many variations of the Phra Pidta amulets. 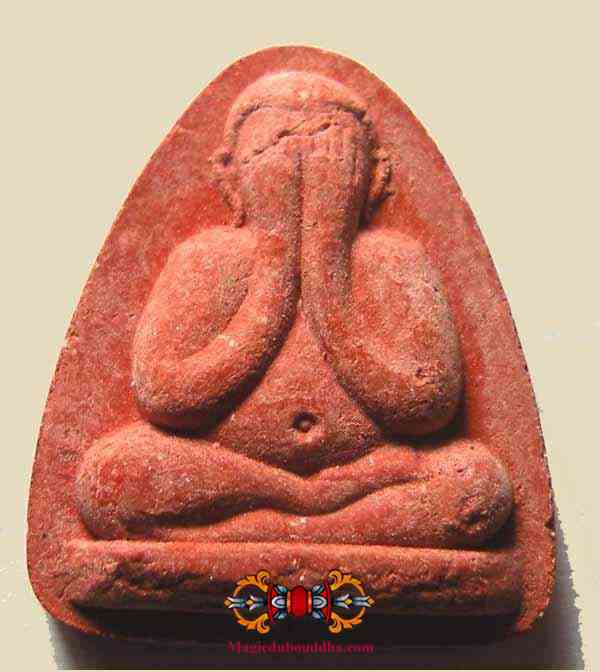 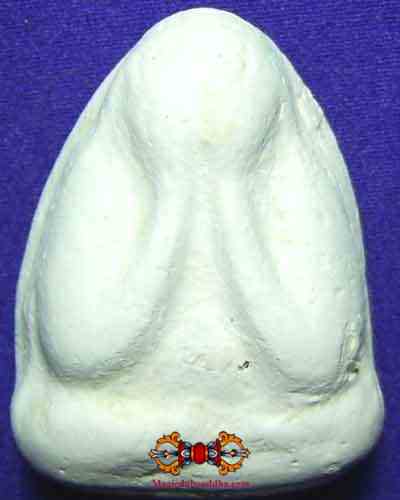 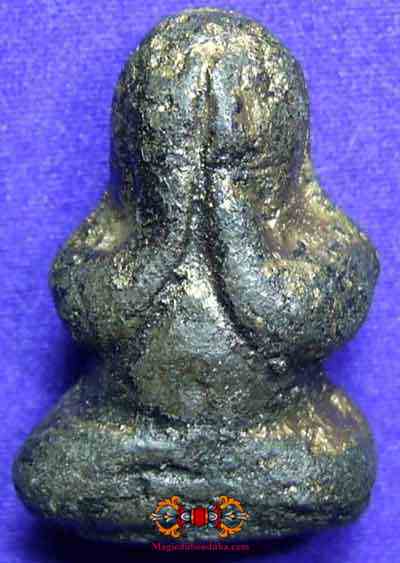 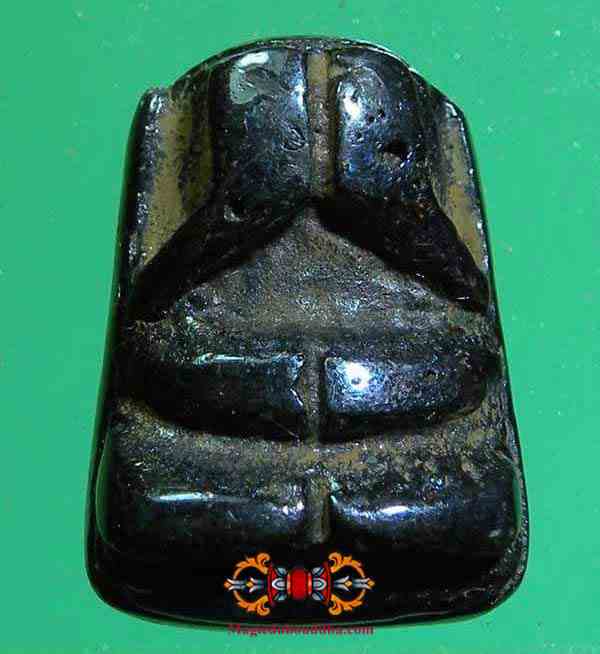 Another Phra Pitda made of Alchemical metal,
but this time it is an image of a standing Buddha. 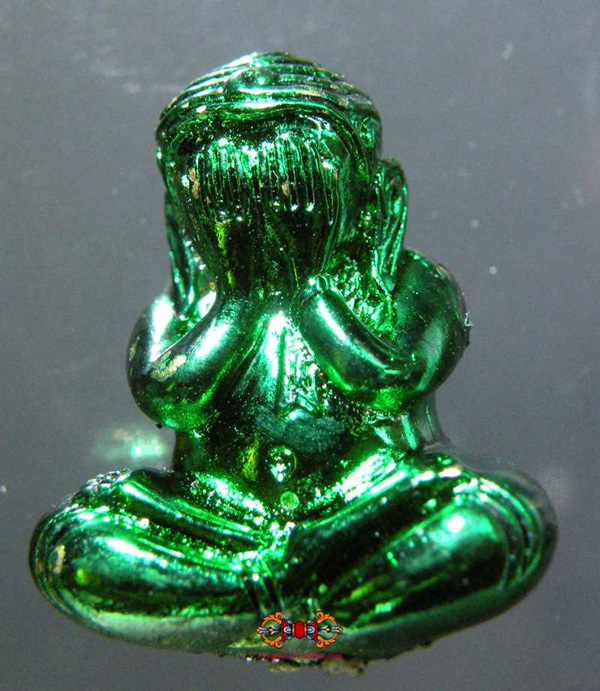 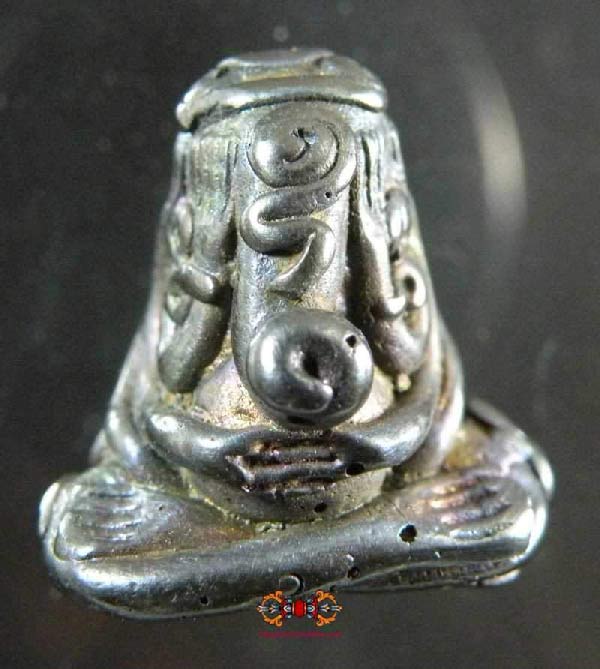 Yes one more alchemical amulet, but this time
it is an image of Phra Pikanet (Ganesh) hiding its eyes ! 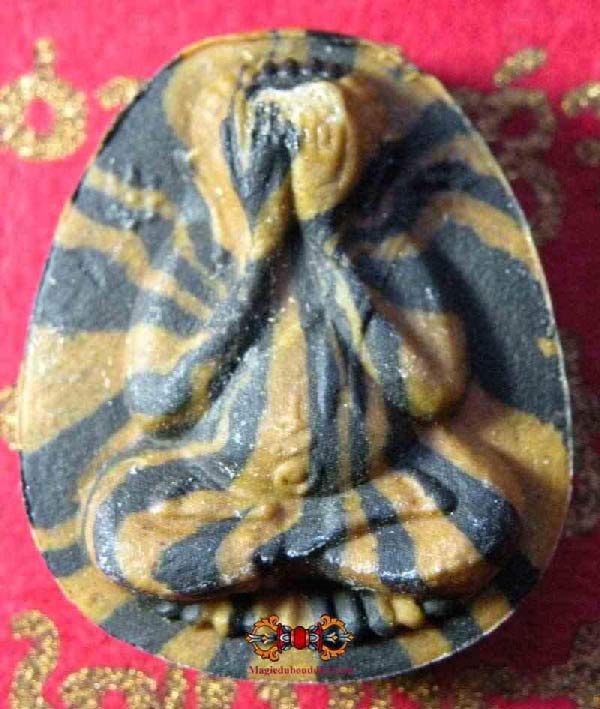 Beautiful multicolor Phra Pidta Mahalap Pisek amulet by Most Venerable LP Pae.
This amulet being made of ashes of antique sacred texts, it is not only a protective amulet
but also an amulet that is good for memory and study. 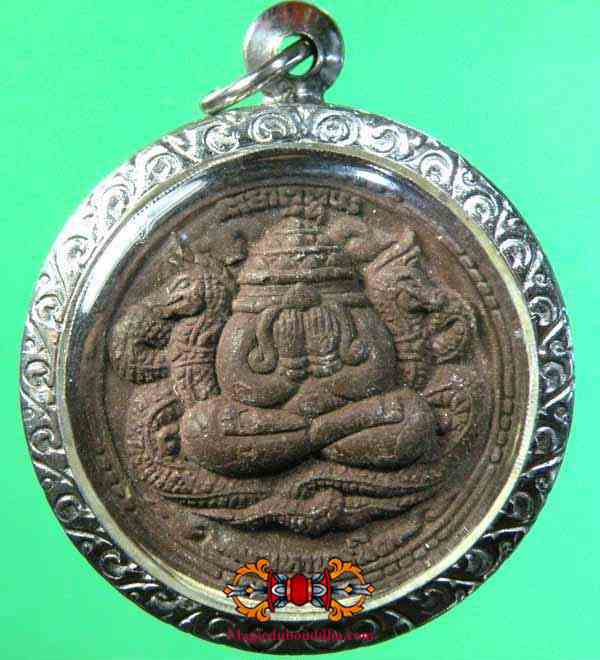 This Phra Pidta amulet is in the style found in the south of Thailand.
Often on this type of amulets, at the back is an Hindu deity such as Ganesh or Hanuman. 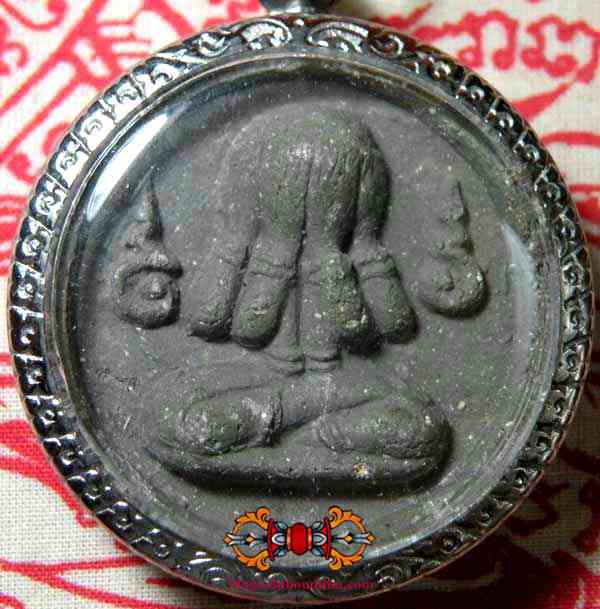 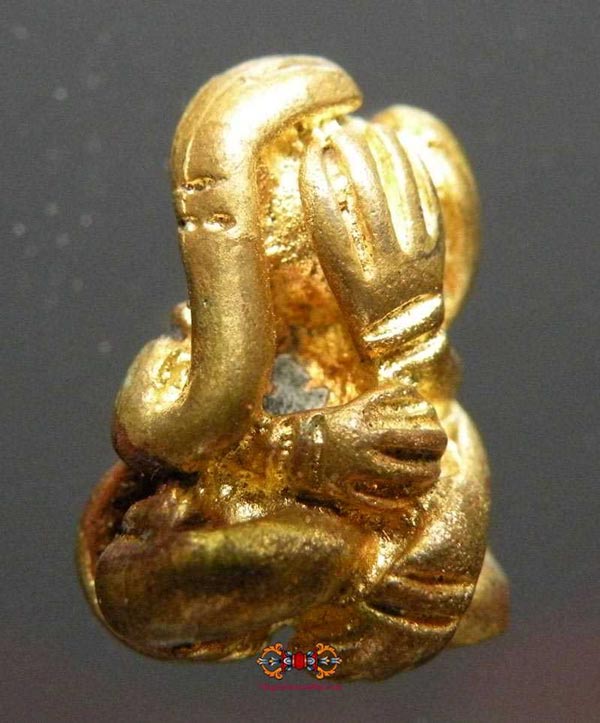 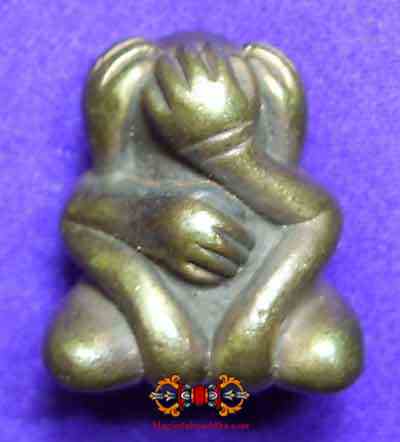 Some Phra Pidta amulets can have more than two harms,
here are examples with four and six harms,
but some amulets can show Phra Pidta with eight or more,
hiding various parts of his body (eyes, ears, private parts…).
Such multi-harms Phra Pidta are called Phra Pidta Mahahut and are invulnerability amulets. 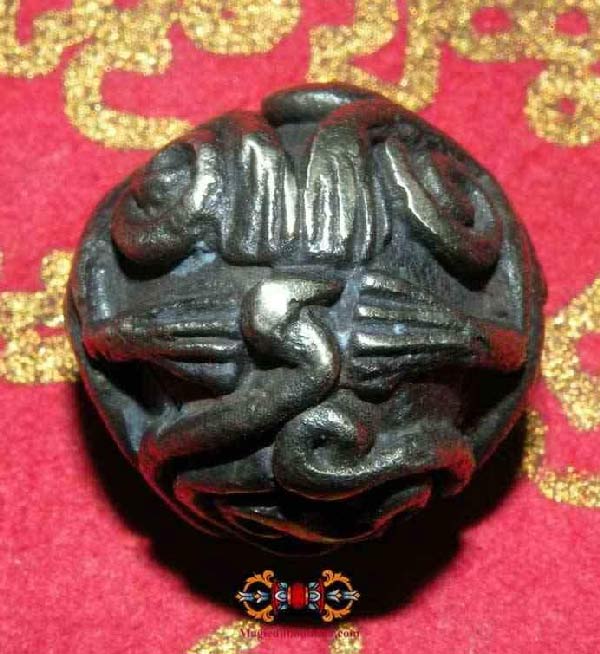 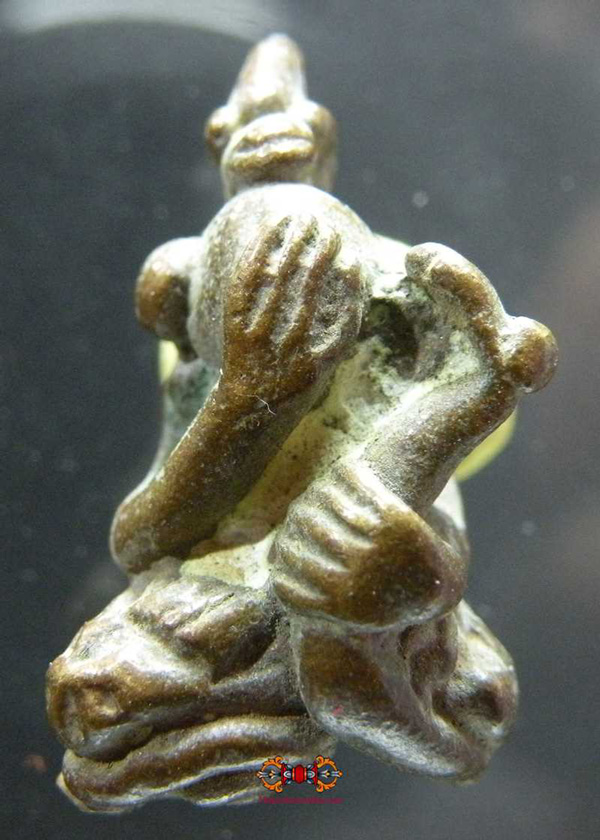 Very unusal Phra Pidta amulet from Cambodia.
Here the Buddha hide its face with one hand only and is holding a Mahoot hook in the other.
Such an amulet was a protection for a Mahoot and would keep angry elephants away. 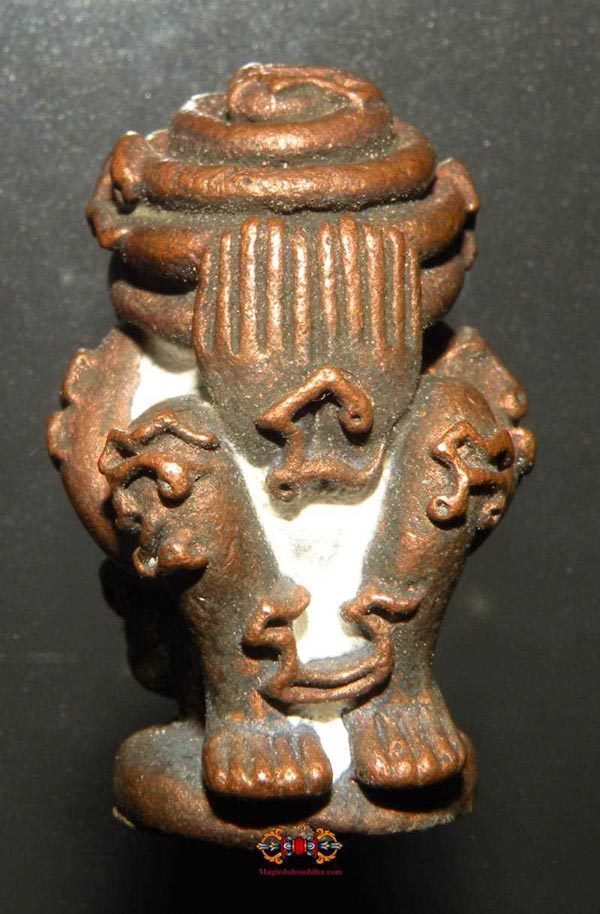 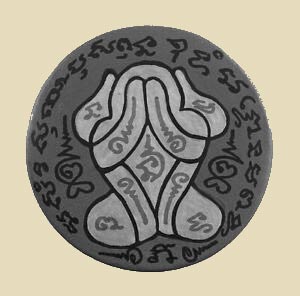 A “Thai Voodoo” style drawing of the Buddha Phra Pidta. 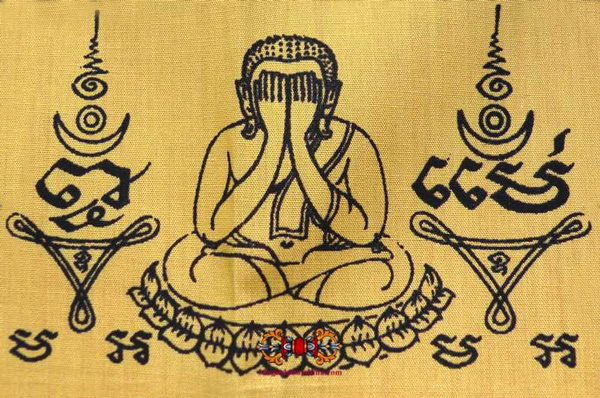 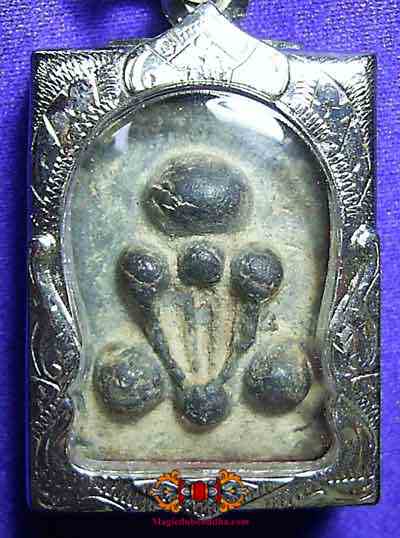 Some Phra Pidta amulets can be very stylised,
such as this one that look like a bunch of mushrooms
by Venerable Luang Phor Tee du Wat Hoo Chang. 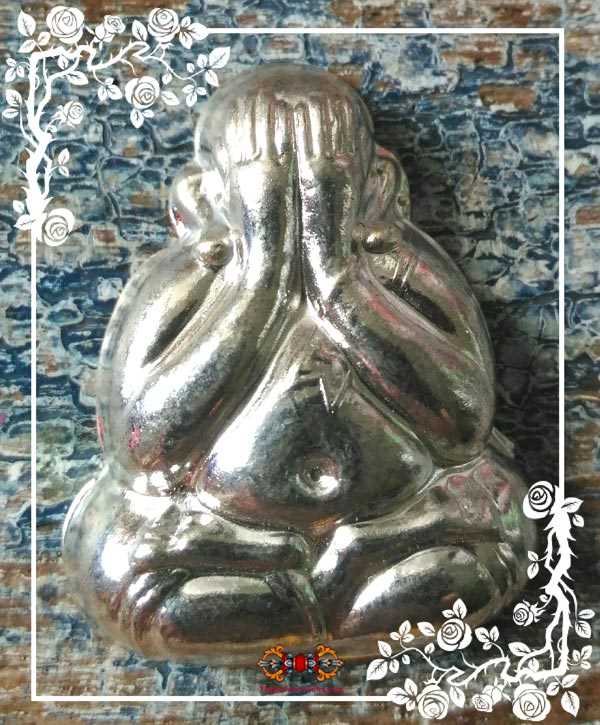 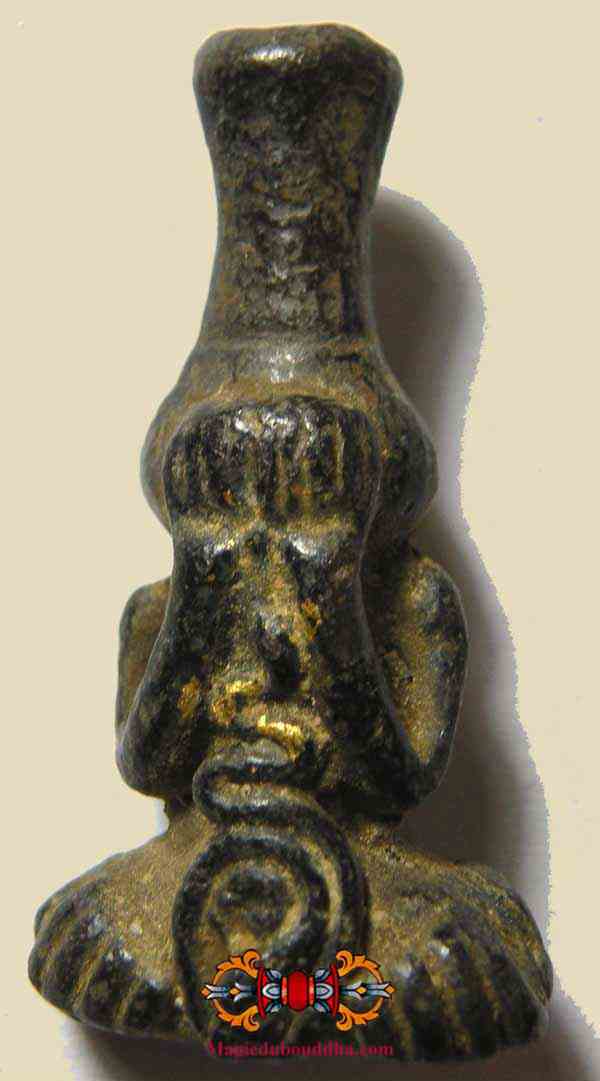 An unusual wealth fetching Phra Pidta amulet in the shape of a Nam Tao gourd. 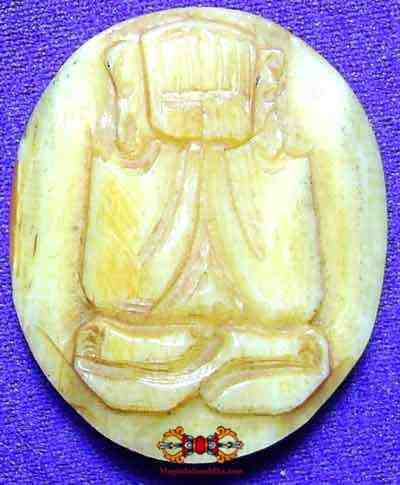 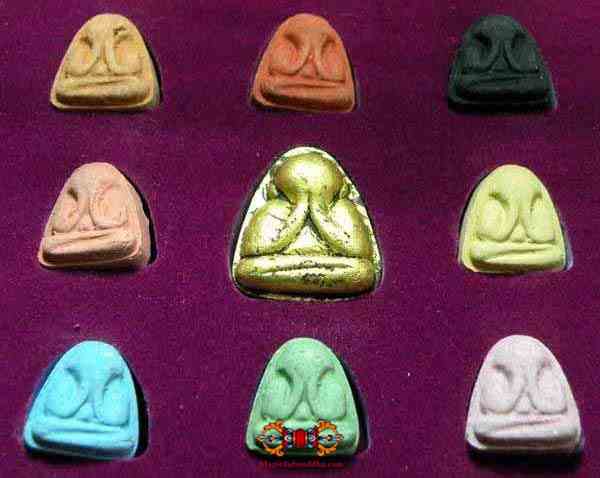 Set of Phra Pidta amulets of the 8 various colors corresponding to the days of the week
(+ one golden amulet in the middle). 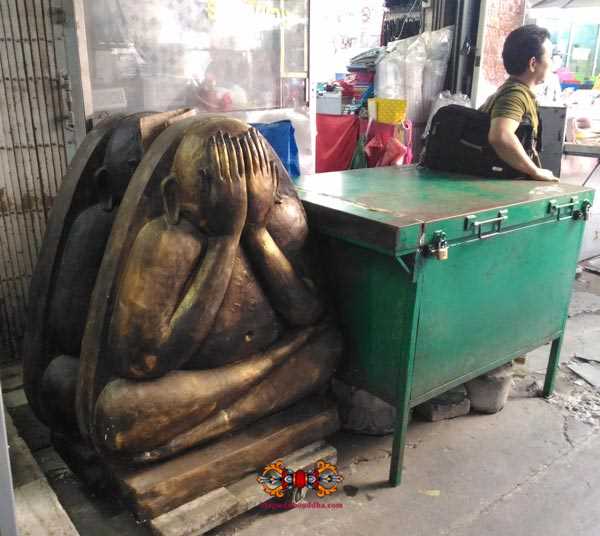 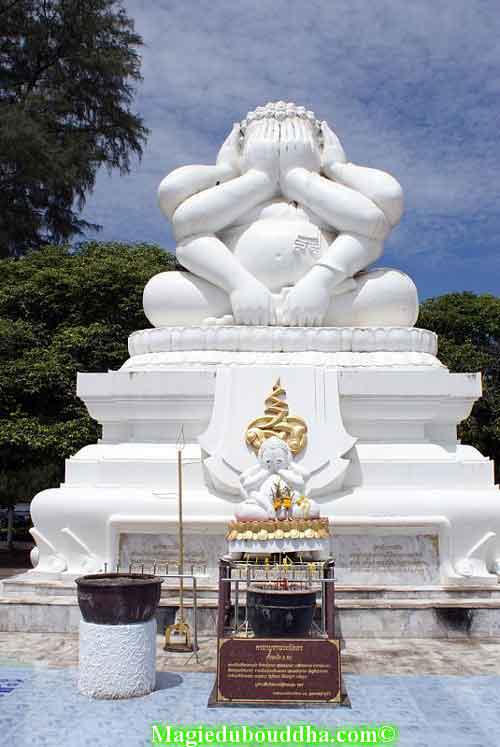 
A video where a Phra Pidta amulet (of Wat Phra Deng) stop a gun from working !