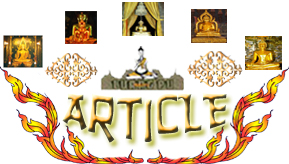 Regarding to Thai history, Khun Paen was a very famous soldier for the King in Ayuttaya period. When his father died, his mother want Khun Paen to be a super soldier as same as his father. She then took him to be a novice since he was 15 years old. Khun Paen learned knowledge of super-magic, and then left the temple to rise up as a powerful and important soldier for the King like his father. Khun Paen could use his magic power to be invulnerable and unseen by his enemies. Thai people believe Khun Paen could also use his magic to call the ghost to help him win a fight. Also, he has a magic to made Hoon PaYon for protecting his house and assets. 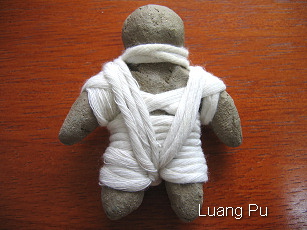 PGOOZ123Hoon PaYon can be made from many materials such as soil, metal, bamboo etc. In the past history, Hoon PaYon was created to take care of the house, office, farm and car from thief, protecting the owner from black magic, evil spirits and any bad things. Also, to bring good fortune in business affairs to the owner.

Figure of Hoon Payon like a human doll, old man or robot. 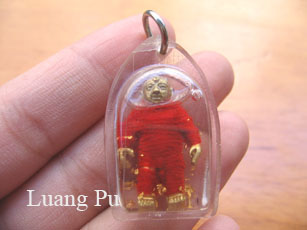 The spirit of Hoon Payon does not invited from dead person or human soul but from spell materials as mention above. Hoon Payon is  a form of robots created by the master’s spell.

Thailand there are 6 top gurus who made the best Hoon Payon nowadays.

LP Chang has knowledge of Visha (magic) from Cambodia and has been studied the art of making efficacious Hoon Pa Yon from his father.LP Chang’s father has knowledge of Metta Visha. LP Chang whet, also called Tudong that is monk’s journey to Cambodia, Lao and deep jungle to gather knowledge, build up good Karma and to know the teaching of Lord Buddha. He is well-known among amulet collectors. 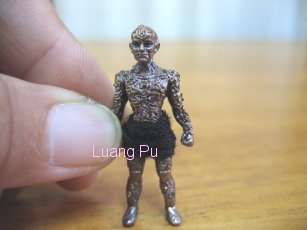 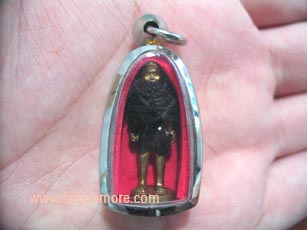 LP SaNgah passed away on 29th March 2004 at the age of 88 year old. He was ordained at the age of 22 at Wat BangMau. He has been an expert of concentration of mindfulness in Buddhism way. Also, he has been studied the magic from LP Pia and commenced studies spiritual tattoos or Yahn composition from Phra Arjarn Seng,both 2 monks of Wat BanMau who teachers in Buddha Magic and Sorcery. After one year, LP SaNgah went to LP Ngurn of Wat DaunYaiHaum for building up knowledge of Visha and Buddhism way, about one year. Also, LP SaNgah has been studied the art of making efficacious amulets from LP Cham of Wat TaGlaung and LP Plien of Wat Tai by one year. LP SaNgah has deep knowledge of Visha and is highly respected in Thailand. His amulet is very famous in protection and wealth. 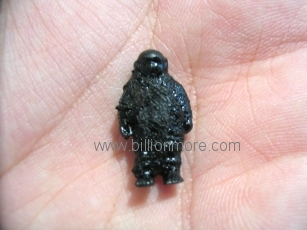 LPPon passed away in 2005 at the age of 90 year. LP Pon has been one of the famous guru monk who created good amulets that are very popular among Thai amulets collectors. He had deep knowledge of Visha and has been highly respected in Thailand. Also, LP Pon has been an Arjan of LP Koon of Wat BanRai.

– Luang Pho Muk of Wat kowlekrarngsadow, Kanchanaburi province.
LP Muk is well-known among amulet collectors.  The Guman Thong and amulets made by LP Muk are widely-known as highly efficacious and responsive to people who have worn or kept them at home. This is because LP Muk learnt from LP Plien of Wat Tai who has knowledge of Visha (magic) to exorcise from Cambodian. 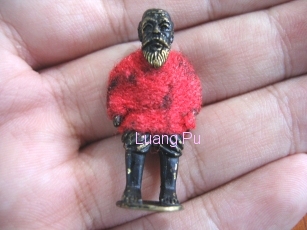 LP Kloy was novice at the age of 19 at Wat DaunSaLa and was ordained as a monk on 1st March 1950 at Wat KuanBunTaRarm. He was ordained by LP Ied (LP Kloy’s uncle), Phra MaHa Jerm and Phra Kru GarChard. He has been an expert of concentration of mindfulness in Buddhism way. Also, he commenced studies in Visha (magic) and making efficacious amulets from LP Ied of Wat KowOor who was a very famous guru monk and deep knowledge of Visha and is highly respected in South of Thailand 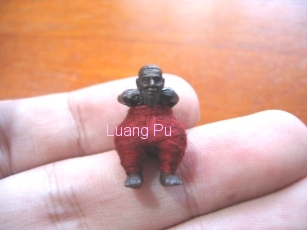 Arjarn Sup who born come to for knowledge of sacred magic. This is because he can remember every thing that he learns from many Guru Monks and Arjarn just only one time. Also, he never stops to learn Visha and Buddhist dharma. His amulet is very famous in wealth and protection. He has been studied the art of making efficacious Hoon Pa Yon image from the Hermit who has knowledge of Visha that had come from Brahmin.

According to Arjarn Sup words, ” I will stop to learn Visha when I die.” 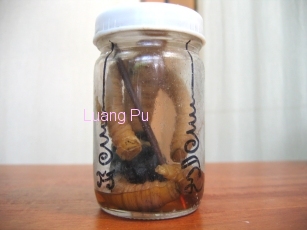 The technique in the worship HoonPa Yon, please do this way:

1. Wear this Hoon Pa Yon at the waist   for helping the owner

2. Before you go outside, please worship with Katha

3. When you got some things that you want already, please you make merit and give to him too (make your mind calm, think of all your goodness that you done and focus all your faith to the Tiny Hoon Pa Yon.

Finally, I hope you know “Hoon PaYon” amulet for protection better. Next time I will present an interesting article for you again.