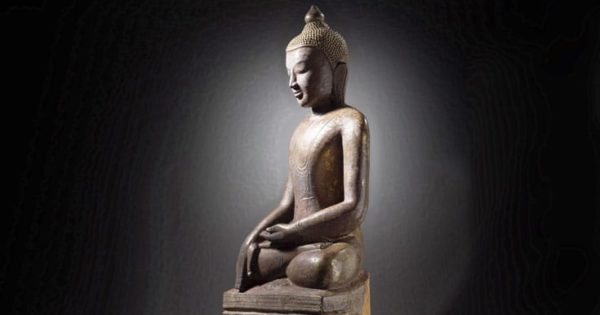 New to Buddhism or meditation? Then you probably have a lot of questions — and here you’ll find helpful answers, by way of articles from Lion’s Roar and Buddhadharma.

What do Buddhists believe?

Buddhists have lots of differing beliefs and practices, but there are a few shared principles; these are the fundamental discoveries the Buddha made. Thich Nhat Hanh describes them this way: impermanence, (everything is always changing), no self (nothing has a solid core or soul), and nirvana (peace is freedom from fixed concepts). These are known as the “three marks of existence.”

The Doors of Liberation

Dzongsar Khyentse Rinpoche describes these truths in, alternatively, four points, known as “the four seals”: all compounded things are impermanent; all emotions are pain; all things have no inherent existence; nirvana is beyond concepts.

What Makes You a Buddhist?

Is Buddhism a Religion?

It depends who you ask, and it depends on your definition of “religion,” too. For example, we’ve asked three leading Buddhist thinkers the same question, and they had three different responses. Scholar Charles Prebish answered “Yes,” because Buddhism posits a conception of ultimate truth and a path to experiencing that truth. Tibetan Buddhist teacher Dzogchen Ponlop Rinpoche answered “No,” arguing that Buddhism is instead a science of mind. And Zen teacher Joan Sutherland answered “Kind of” — attachment to Buddhism can be religious, but your experience might be different.

The most important answer, of course, is your own — and therefore you might take solace in the fact that whatever your view — religion, psychology, a way of life — if it works for you, you’re right.

Is Buddhism a Religion?

So it’s okay if I’m not religious?

Absolutely. Many people — particularly those who consider themselves “Spiritual But Not Religious” — have found that Buddhist thought and practice enhances and works well within in their lives. Our Editor-in-Chief Melvin McLeod has enumerated the reasons why:

Are You Spiritual But Not Religious? 10 Reasons Why Buddhism Will Enrich Your Path

Is there an eternal soul in Buddhism? What’s behind the concept of rebirth?

As Narayan Helen Liebenson explains, “Anatta (not-self) is a central teaching of the Buddha, as is rebirth. How do we put these seemingly contradictory teachings together? The Buddha taught that freedom from samsara, the repetitive round of birth and death, is possible through the understanding of not-self — that nothing whatsoever can be clung to as me or mine. So it could be said that rebirth affects those who cling to a sense of self but ends for those who release such clinging.

Get even more Buddhist wisdom delivered straight to your inbox! Sign up for Lion’s Roar free email newsletters.

As for what is reborn, the Buddha didn’t answer this question. All of the teachings guide us toward the ending of suffering; the Buddha seems to have been more interested in helping living beings find their way out of bondage than in theories.”

Ask the Teachers: Is there an eternal soul in Buddhism?

As Reginald Ray has written, “The Sanskrit word ‘dharma’ is without doubt the most important and most commonly used term in Buddhism. Among the three jewels of buddha, dharma and sangha in which all Buddhists take refuge, the dharma is pre-eminent.” In one sense, Ray explains, it is “the underlying, substratum of reality-of our lives and of our world. It is the ultimate and primordial fact of who and what we are.” In a second sense, dharma is phenomena, it “is what is so in our lives, whether we like it or not, whether we wish for it or not, whether we expect it or not.” In its third and fourth senses, dharma is considered to be the the Buddhist path itself and, most specifically, the Buddhist teachings that lead us along the path.

How do you become a Buddhist?

If you accept the above principles, you can make a formal commitment to Buddhism in a ceremony called “taking refuge.” Because nirvana means giving up ego’s futile search for refuge impermanence and no self, the twist is that you’re taking refuge in not seeking a refuge. If you can do that, you’re really a Buddhist.

The Decision to Become a Buddhist

How do I study if I don’t have a teacher or community?

“For the independent practitioner,” writes Judy Lief, “there is no clear roadmap. The sheer volume of material to study can be overwhelming, and so can figuring out where to start. So it is probably best to begin at the beginning—with yourself.”

How to Read Buddhist Teachings

What Buddhist books should I read first?

As Judy Lief says, there’s quite a lot of material out there, so we’ve compiled a list:

10 Buddhist Books Everyone Should Read

How can I get started with Buddhist meditation?

Focusing on the in-breath and out-breath is a core technique, practiced by beginning and established meditators alike, to deepen concentration and cultivate meditative insight. In our essential guide to meditation, you’ll find simple meditation instructions, answers to common questions about meditation, and guidance to help cultivate peace, stability, friendliness, and compassion.

How to Meditate: The Buddhist Guide

Can you help us at a critical time?

COVID-19 has brought tremendous suffering, uncertainty, fear, and strain to the world.

Our sincere wish is that these Buddhist teachings, guided practices, and stories can be a balm in these difficult times. Over the past month, over 400,000 readers like you have visited our site, reading almost a million pages and streaming over 120,000 hours of video teachings. We want to provide even more Buddhist wisdom but our resources are strained. Can you help us?

No one is free from the pandemic’s impact, including Lion’s Roar. We rely significantly on advertising and newsstand sales to support our work — both of which have dropped precipitously this year. Can you lend your support to Lion’s Roar at this critical time?