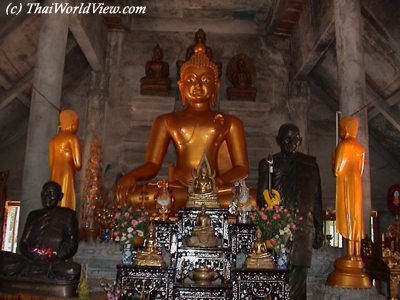 Since the destruction of Ayuthaya in 1767 Buddhism was declining. This movement was created because Thai Buddhism was not pure as it should have been and needed reforms. It has also revitalised the main movement. 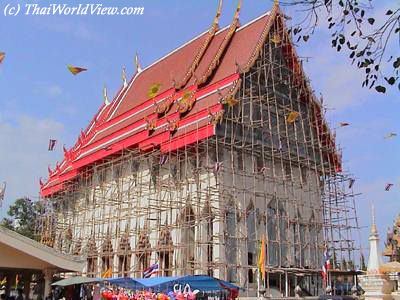 Temple under restoration During centuries Thai society was based on Thai Buddhism and on the concept of “KAM KAO” (กรรมเก่า), which means old sins, old actions. It is the concept of karma. The current life is a consequence of the past actions.

This rule has lead to an unequal society where the ruling classes do nothing for the poor classes knowing that those classes will not rebel because they believe that their poor status is due to their previous actions. Nowadays things have evolved. For example farmers rally in Bangkok and ask for better recognition of their problems. That would never have been possible a century ago. 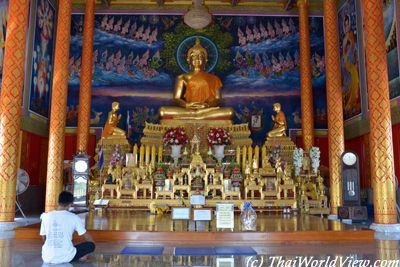 Buddha statue People still believe in Buddhism precepts but now they understand that their life can be improved today. They don’t have to wait for next life. They also understand that those influential powerful people are not people that did act in a good way in their previous life but are corrupted people that take profit over poor people.

In the same way Thai Buddhism is different from the original Buddhism as people can expect improvement in their current life by making good actions.

Since a few decades, in fact since the beginning of real economic development in Thailand, Buddhism is facing problems. 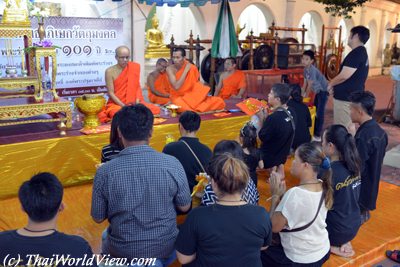 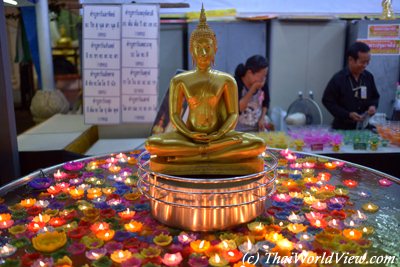 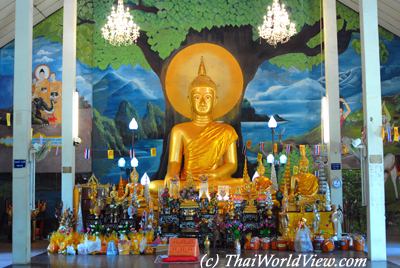 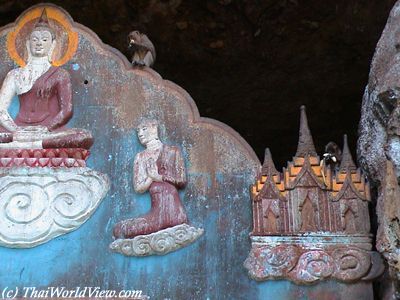 Cavern Buddhist temple Thai Buddhism has fallen victim to the 1997 crippling economic crisis which is forcing devotees to curb participation in religious activities. A survey of 1253 Bangkok residents by the Thai Farmers Bank research centre found 43.5% were cutting back on religious events, such as temple-going, which normally involve donations of food or money.

The most popular religious activity among respondents was going to the temple (19.1%), followed by the early-morning practice of giving alms to monks at 18.1% and praying (17.1%). The average sum of money given to monks had fallen to 50 Baht a time, from between 100 and 200 Baht during the country’s boom years. 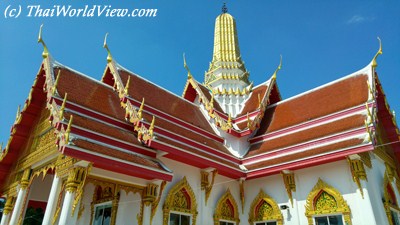 Buddhist temple A separate survey of 59 abbots of Buddhist temples found a quarter had noticed the faithful were donating significantly less money to their local temples. A third said their temples were having severe financial problems because of a lack of funds, while 12.7% said their temples were increasingly the target of thieves. Some 16.2% said more people were coming to ask for free meals and 14.5% said monks were receiving fewer alms in their morning rounds.

Articles about monks can often be found in Thai newspapers. Some related bad affairs like raping young girls, seizing fake money in temples, black magic ritual that caused death to people, seizing amphetamines pills carried by monks, monks who visited a resort island and observed beauty contestants in their swimsuits, donations embezzlement (monk who has got 60 Mercedes Benz cars and so violates the religion anti-materialist precepts, monk who stole over 300 000 baht from his temple to gamble on World Cup matches), abbots having intercourse with women, monks wearing laymen clothes and going to karaoke, an abbot wearing an army colonel uniform and entertaining women in a remote house, monks involved in murder and so on… 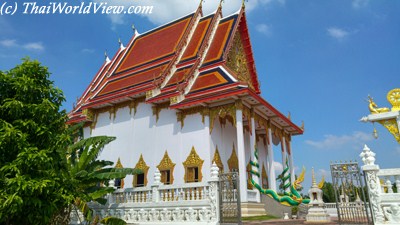 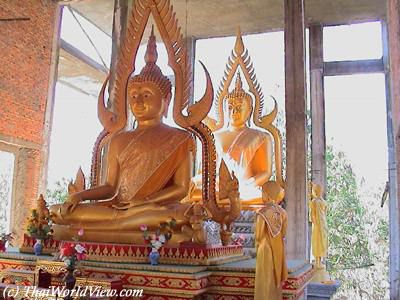 Buddha statues The moral towards monks is also declining. In 2000 a Thai fashion designer made monk robes used as outfits for female models. An abbot was killed in order to steal the donation money given to the temple. 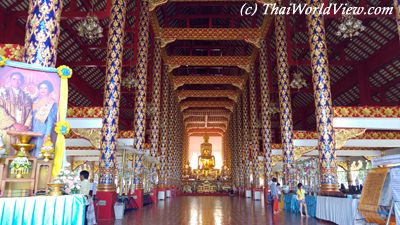 Buddhist temple More and more people are asking for a global reform of the Sangha. Major complains are about the Sangha Council which is composed of 19 monks. Most of them have reached 80 years old. So a substitution is asked.

Sangha Council takes too long time to take decisions, for example Dhammakaya movement, Phra Yantra (Yantra was defrocked in 1995 for a number of alleged misdeeds). Some critics want to cut the links with the state’s bureaucracy and Monarchy. In fact the Dhammayut movement is linked with the Monarchy and many monks are accused to look for honour or gratitude given by the King. 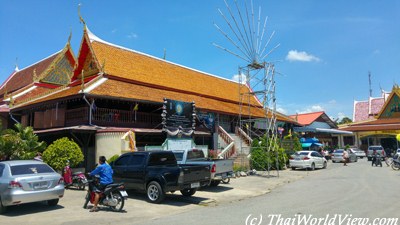 Buddhist temple Phra Maha Boonthueng Chutinataro, deputy rector of Maha Chulalongkorn Rajavithayalai, said “it was time for the old monks to make way for the younger generation. These monks are too old and are still in the old world. I see no bright future for Buddhism if it continues to depend on these old monks. It’s time for them to take a rest and leave the matter to the young-blooded, who are more determined and truly dedicated to our religion”

He said the entire system should be overhauled and made to comply with the country’s democratic system and the new constitution. Sangha organisation is often compared to a big bureaucracy where promotion through monastic ranks depended on seniority and regulations laid down by the Sangha Council. 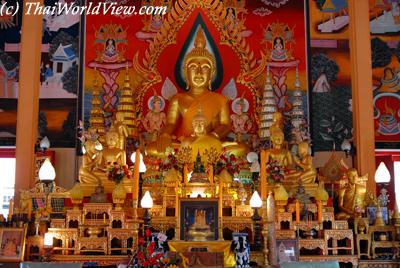 Buddhist statue More and more people are also asking for a more professionaly financial management system for temple donations. It should allow donations to be better used for the benefit of the Thai society and Thai Buddhism.

Blessing car number plates with combinations of numbers is seen as special or auspicious by Thai people but is seen as far from core Buddhism by many people.