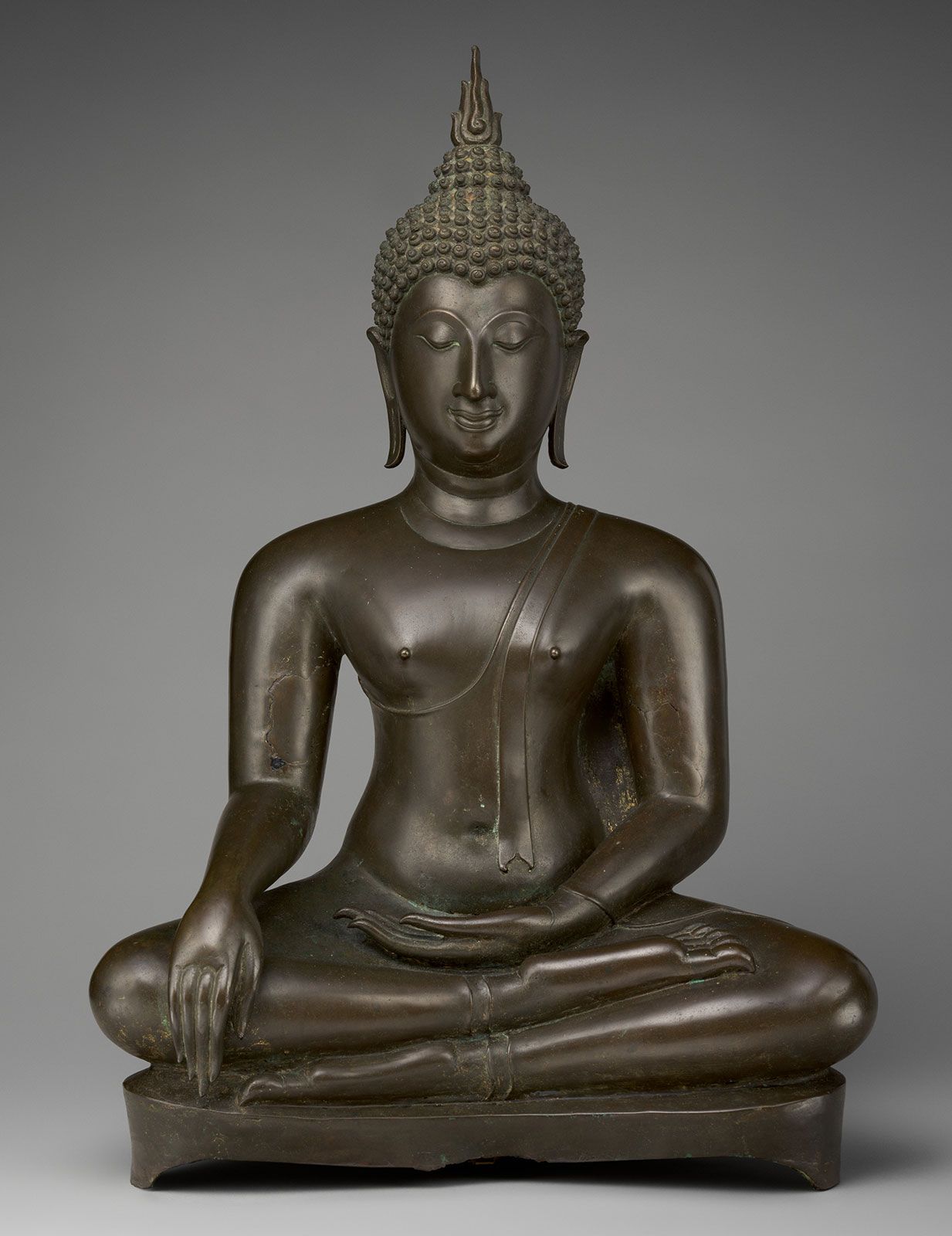 Buddhism arose in northeastern India sometime between the late 6th century and the early 4th century bce, a period of great social change and intense religious activity. There is disagreement among scholars about the dates of the Buddha’s birth and death. Many modern scholars believe that the historical Buddha lived from about 563 to about 483 bce. Many others believe that he lived about 100 years later (from about 448 to 368 bce). At this time in India, there was much discontent with Brahmanic (Hindu high-caste) sacrifice and ritual. In northwestern India there were ascetics who tried to create a more personal and spiritual religious experience than that found in the Vedas (Hindu sacred scriptures). In the literature that grew out of this movement, the Upanishads, a new emphasis on renunciation and transcendental knowledge can be found. Northeastern India, which was less influenced by Vedic tradition, became the breeding ground of many new sects. Society in this area was troubled by the breakdown of tribal unity and the expansion of several petty kingdoms. Religiously, this was a time of doubt, turmoil, and experimentation. 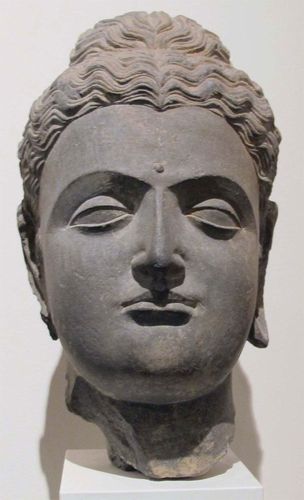 A proto-Samkhya group (i.e., one based on the Samkhya school of Hinduism founded by Kapila) was already well established in the area. New sects abounded, including various skeptics (e.g., Sanjaya Belatthiputta), atomists (e.g., Pakudha Kaccayana), materialists (e.g., Ajita Kesakambali), and antinomians (i.e., those against rules or laws—e.g., Purana Kassapa). The most important sects to arise at the time of the Buddha, however, were the Ajivikas (Ajivakas), who emphasized the rule of fate (niyati), and the Jains, who stressed the need to free the soul from matter. Although the Jains, like the Buddhists, have often been regarded as atheists, their beliefs are actually more complicated. Unlike early Buddhists, both the Ajivikas and the Jains believed in the permanence of the elements that constitute the universe, as well as in the existence of the soul.

Despite the bewildering variety of religious communities, many shared the same vocabulary—nirvana (transcendent freedom), atman (“self” or “soul”), yoga (“union”), karma (“causality”), Tathagata (“one who has come” or “one who has thus gone”), buddha (“enlightened one”), samsara (“eternal recurrence” or “becoming”), and dhamma (“rule” or “law”)—and most involved the practice of yoga. According to tradition, the Buddha himself was a yogi—that is, a miracle-working ascetic.

Buddhism, like many of the sects that developed in northeastern India at the time, was constituted by the presence of a charismatic teacher, by the teachings this leader promulgated, and by a community of adherents that was often made up of renunciant members and lay supporters. In the case of Buddhism, this pattern is reflected in the Triratna—i.e., the “Three Jewels” of Buddha (the teacher), dharma (the teaching), and sangha (the community).

In the centuries following the founder’s death, Buddhism developed in two directions represented by two different groups. One was called the Hinayana (Sanskrit: “Lesser Vehicle”), a term given to it by its Buddhist opponents. This more conservative group, which included what is now called the Theravada (Pali: “Way of the Elders”) community, compiled versions of the Buddha’s teachings that had been preserved in collections called the Sutta Pitaka and the Vinaya Pitaka and retained them as normative. The other major group, which calls itself the Mahayana (Sanskrit: “Greater Vehicle”), recognized the authority of other teachings that, from the group’s point of view, made salvation available to a greater number of people. These supposedly more advanced teachings were expressed in sutras that the Buddha purportedly made available only to his more advanced disciples.

As Buddhism spread, it encountered new currents of thought and religion. In some Mahayana communities, for example, the strict law of karma (the belief that virtuous actions create pleasure in the future and nonvirtuous actions create pain) was modified to accommodate new emphases on the efficacy of ritual actions and devotional practices. During the second half of the 1st millennium ce, a third major Buddhist movement, Vajrayana (Sanskrit: “Diamond Vehicle”; also called Tantric, or Esoteric, Buddhism), developed in India. This movement was influenced by gnostic and magical currents pervasive at that time, and its aim was to obtain spiritual liberation and purity more speedily.

Despite these vicissitudes, Buddhism did not abandon its basic principles. Instead, they were reinterpreted, rethought, and reformulated in a process that led to the creation of a great body of literature. This literature includes the Pali Tipitaka (“Three Baskets”)—the Sutta Pitaka (“Basket of Discourse”), which contains the Buddha’s sermons; the Vinaya Pitaka (“Basket of Discipline”), which contains the rule governing the monastic order; and the Abhidhamma Pitaka (“Basket of Special [Further] Doctrine”), which contains doctrinal systematizations and summaries. These Pali texts have served as the basis for a long and very rich tradition of commentaries that were written and preserved by adherents of the Theravada community. The Mahayana and Vajrayana traditions have accepted as Buddhavachana (“the word of the Buddha”) many other sutras and tantras, along with extensive treatises and commentaries based on these texts. Consequently, from the first sermon of the Buddha at Sarnath to the most recent derivations, there is an indisputable continuity—a development or metamorphosis around a central nucleus—by virtue of which Buddhism is differentiated from other religions.