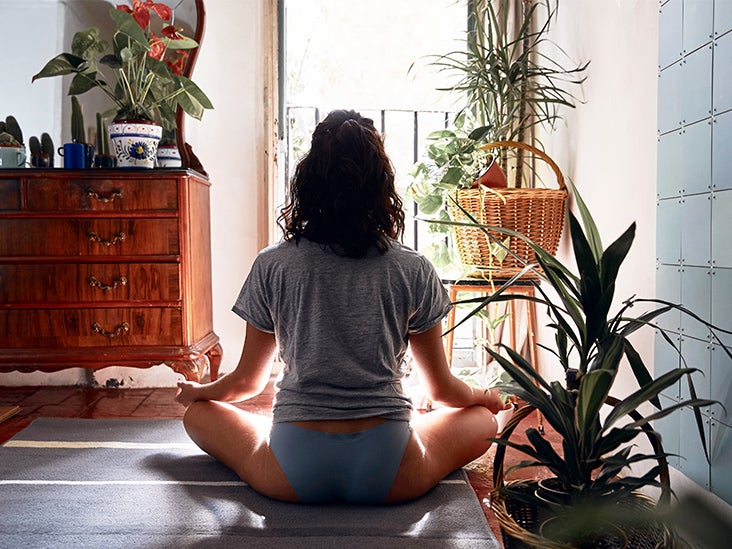 Kundalini yoga is a form of yoga that involves chanting, singing, breathing exercises, and repetitive poses.

Its purpose is to activate your Kundalini energy, or shakti. This is a spiritual energy that’s said to be located at the base of your spine.

As Kundalini yoga awakens this energy, it’s supposed to enhance your awareness and help you move past your ego. Sometimes, the practice is also called “yoga of awareness.”

Read on to learn more about Kundalini yoga, its potential benefits, and how it differs from other types of yoga.

Although Kundalini yoga is practiced around the world, its origin is unknown. The concept of Kundalini energy has been around for centuries and was mentioned in ancient Vedic texts from 1,000 B.C.

Kundalini yoga is most associated with Yogi Bhajan, a yoga teacher from Pakistan. He’s credited with introducing the practice to Western countries in the 1960s.

The term “Kundalini” comes from the Sanskrit word “kundal,” which means “circular.” It also refers to a coiled snake. And according to practitioners, Kundalini energy is like that coiled snake: It sits at the base of your spine, sleeping and unaroused.

Kundalini yoga is practiced to activate this energy, which allows it to move up and through the chakras along your spine.

In yoga, chakras are the seven energy centers in your body. They include:

As Kundalini energy rises, it’s believed to help balance these chakras and contribute to your spiritual wellness.

With regular practice, Kundalini yoga is said to lead to spiritual enlightenment. This is called a “Kundalini awakening.”

Compared with other forms of yoga, Kundalini yoga is a more spiritual practice.

It still involves physical movements, but they aren’t the primary focus. This is different from hatha or vinyasa yoga, for example, which both revolve around physical poses.

Kundalini yoga is also more precise and repetitive. Whereas other types of yoga flow with your breath, Kundalini yoga combines chanting, singing, movements, and breathing in specific patterns.

Kundalini yoga consists of six main components, which are done in the following order:

Like other forms of yoga, Kundalini yoga can help relieve stress and anxiety.

In a small 2017 study, participants experienced immediate stress relief after doing Kundalini yoga. This effect continued after they practiced for 3 more months.

Similarly, a 2018 study determined that 8 weeks of Kundalini yoga lowered participants’ anxiety levels. The researchers concluded that Kundalini yoga may be an effective treatment option for people with generalized anxiety disorder.

In a 2017 controlled trial, researchers studied 81 participants with mild cognitive impairment. The participants were randomly divided into two groups. One group practiced Kundalini yoga, while the other group received memory enhancement training for 12 weeks.

In addition to cognitive improvements, the group that practiced Kundalini yoga also had fewer symptoms of depression at the end of the study.

Another small 2017 study found that Kundalini yoga may improve body positivity and self-acceptance. These benefits were observed in nine women diagnosed with anorexia nervosa and bulimia nervosa.

According to the researchers, Kundalini yoga may help treat eating disorders by improving self-perception and self-appreciation.

It’s believed that as your Kundalini energy awakens, you become more spiritually connected with yourself and others.

These benefits have not been scientifically proven but are instead supported by anecdotal evidence.

The purported benefits may include the following:

If you’d like to try Kundalini yoga, you may want to start with these beginner-friendly poses.

Lotus is a basic seated pose. It helps open your hips, so it might feel difficult if you have tightness in this area. Move slowly and avoid the posture if you have hip problems.

To do lotus pose:

This pose is said to activate your Kundalini energy. Here’s how to do it:

Archer is thought to make you feel confident, like a warrior. To do this pose:

Kundalini yoga, like all yoga, should be practiced with safety in mind.

Use caution if you:

If you’re not sure whether Kundalini is safe for you, talk with your doctor to find out if there are any precautions you should take or if there’s a safer exercise option to try.

There are several science-backed benefits of Kundalini yoga. According to research, it may help ease stress and anxiety, improve cognitive functioning, and boost self-perception and self-appreciation.

If you’re pregnant or if you have breathing issues, an injury, joint pain, or balance problems, talk with your doctor to make sure Kundalini yoga is safe for you.