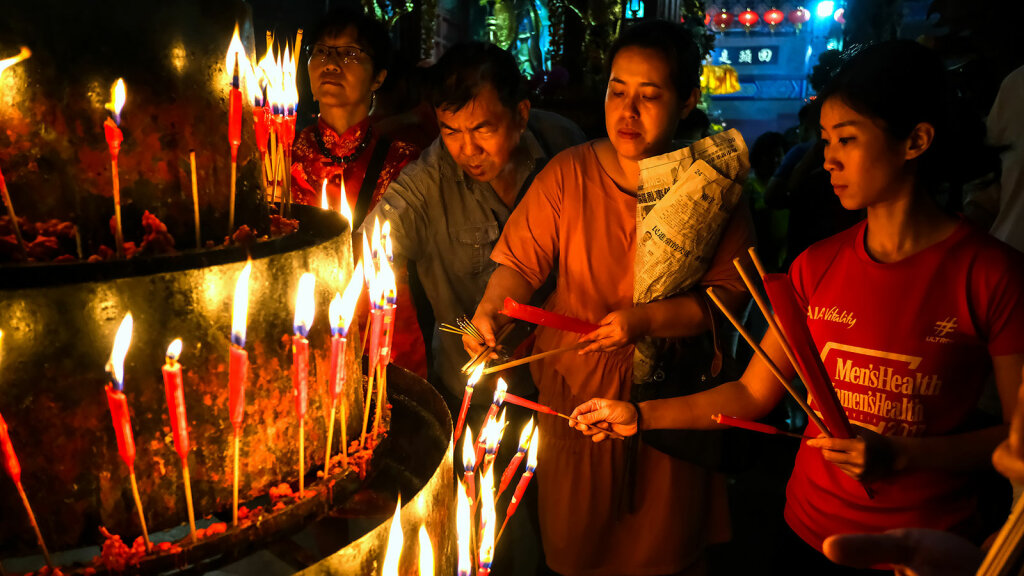 In English, the word nirvana describes an exalted state of blissed-out happiness. Taken that way, you might think that the Buddhist concept of nirvana is a lot like heaven, an eternal state of peace and contentment.

In Sanskrit, the word nirvana is translated as “extinguishing,” “quenching” or “blowing out.” But exactly what’s being blown out? If the goal of Buddhism is to escape the cycle of life and death, then is it the soul that’s being extinguished, never to be reborn again? Not really, because Buddhists don’t believe in such a thing as the soul.

Instead, what’s being extinguished by nirvana are the root causes of suffering (dukkha), namely greed, hatred and delusion [source: Keown]. If an individual can rid himself or herself of those wrongful desires, they enter a state of unmatched compassion, peace and joy known as nirvana. That’s what the Buddha achieved under the Bodhi Tree.

What’s interesting is that the Buddha and some of his followers who achieved enlightenment weren’t immediately extinguished from existence. The Buddha stuck around for 45 years teaching the path to liberation from suffering. If nirvana is the ultimate liberation from life and death, then how can a person who has achieved nirvana go on living?

In Mahayana Buddhism, the school of Buddhism practiced in China, Tibet, Japan and Korea, there’s an emphasis on the ideal of the advanced bodhisattva, a person who has achieved Buddha-like levels of enlightenment, but enters a “non-abiding” state of nirvana that allows them to return to the world to continue to help sentient beings [source: O’Brien].

Ultimately, all this talk of what is or isn’t nirvana is kind of fruitless. The Buddha taught that nirvana is wholly unknowable, since it is a state beyond existence and non-existence. It is neither a place nor a state of mind, yet it is the ultimate spiritual destination that all Buddhists seek.