Presenting an extremely rare chance to admire a historically and extremely sorcerous piece of ancient Khmer Necromancy, in the form of this Banneng Human Skull-Bone carving of a Khmer Hoeng Prai Ghost, exhumed from the grave many many years ago in ancient times, by a Khmer Necromancer, and invoked with the spirit of the Hoeng Prai Ghost who once inhabited the mortal remains during its lifetime. A Hoeng Prai Ghost is often described in English, as ‘Death whilst screaming”, meaning screaming during an accident or being murdered, drowning or falling from heights. In truth, a Hoeng Prai Ghost is the spirit of a person who suffered a premature death, suddenly without any kind of pre-warning.

Banneng ghost bone carvings are considered, along with Nam Man Prai Tang Glom Oil, is considered to be the highest and most powerful and adept form of Necromantic Sorcery in existence, and Khmer Necromancy is considered to be the number one form of Dark Arts in South East Asia, for its many thousand year old tradition and ancient formulas, which have been preserved through even the time of the Kampuchean Civil War.

To make a Banneng, one must first find a person who died under the proper circumstances to be a Hoeng Prai, and then have permission from the family of the dead spirit, or perform according to the will and testament of the dead person, and then perform the ritual to gain permission from the protector spirit of the cemetery where the Hoeng Prai is interred, before then using Wicha to find and intuit, which of the three protective magical seal stones on the grave to remove before attempting to exhume the body of the Hoeng Prai.

There are three stones hidden on the grave area, which are inscribed, with Khom Kata Akom, and placed there by the gravedigger himself ,who also uses sorcery to seal the graves of angry spirits or powerful Hoeng Prai Ghosts to stay within the grave, and not wander around the neighborhood.
Banneng became internationally popular after many South East Asians from Malaysia, Singapore, Hong Kong and other countries began to hear of the powerful magic of the Banneng, and rumors of its power to attract immense wealth.

They are wildly sought after, and there are many Ban Neng derivative type amulets providing for the massive demand, such as skeletal pieces, which then are known as ‘Chin Aathan​‘, instead of ‘Ban Neng’ But it is the skull bone itself, which is the rarest and most highly prized, and of course the largest of all Necromantic Bone Carvings. Usually only found in the museums of wealthy collectors and serious devotees of Necromancy / Barang (Malaysian Term). 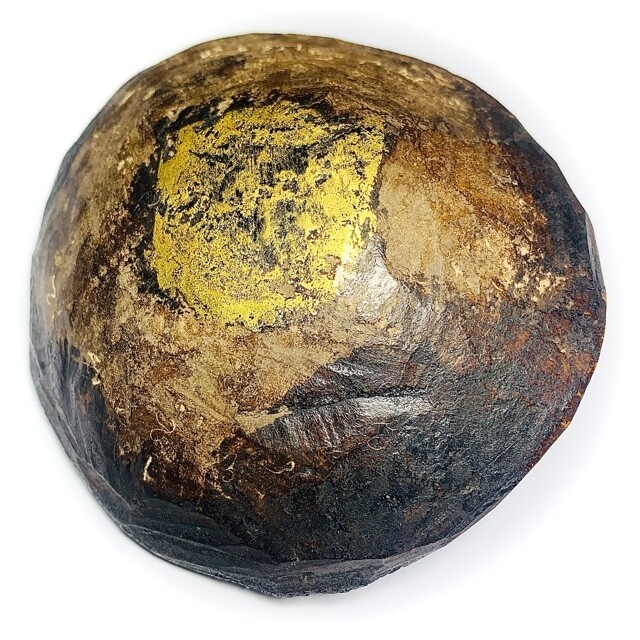